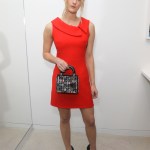 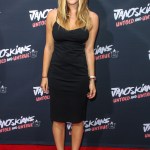 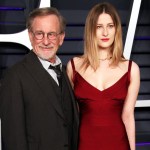 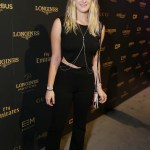 Destry Allyn Spielberg is engaged! The 23-year-old daughter of Steven Spielberg, 73, took to Instagram on July 3 to announce her boyfriend Genc LeGrand had popped the question! “Holy cannoli, I’m engaged!!!,” she wrote alongside the a series of adorable snaps, adding the diamond ring and heart emojis. “I am so excited to take on life with my best friend! This is the best day ever! I love you so much @legrandgenc !!!” Pals quickly took to the comments section to congratulate the pair. Actor Elle Fanning wrote, “AHHH!! Congratulations you beautiful couple!!!!” while Julianne Moore added, “Wow!!! Congratulations.” Here’s 5 things to know about her husband-to-be.

1. Genc has been dating Destry since at least 2017. The pair first appeared in an Instagram snap together in December 2017. Genc shared a selfie of the couple sitting on a boat. They’ve since appeared in plenty of photos together looking super loved up!

2. He’s originally from Switzerland. The Los Angeles-based actor grew up in Europe, and relocated Stateside to pursue a career in acting. He graduated from the Two Year Conservatory Program at the Lee Strasberg Theatre and Film Institute where he was trained in the Method Acting technique.

3. His studies focused on method acting. Although he studied that method, he still tries to embrace “spontaneity”, per his website. The site also states that his characters “can range anywhere from a distraught low life to an intelligent scholar”.

4. He worked on the set of Steven Spielberg’s West Side Story adaptation. According to his resume, Genc worked as a badge PA on the set of his soon-to-be father-in-law’s upcoming film West Side Story. The highly-anticipated movie will star Ansel Elgort and Rachel Zegler.

5. His resume lists skills like badminton and painting. Genc is a man of many talents! Not only does he speak four languages (English, French, Albanian and German), but he also plays soccer and badminton, and swims and cycles. He also paints, cooks and knows basic jazz dancing, per his resume.