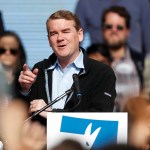 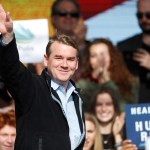 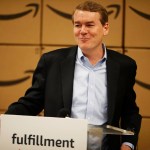 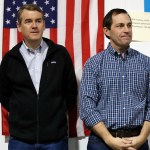 Another politician has entered the 2020 race. Colorado senator Michael Bennet announced that he too will be running as a democrat for president against Trump. Here’s five things you should know about him.

Senator Michael Bennet of Colorado, 54, has become the 21st Democrat to announce they’re running for president in 2020. Bennet, who has served in the Senate since 2009, is a moderate Democrat who describes himself as a “pragmatic idealist.” But does he have what it takes to beat incumbent President Donald Trump? Let’s learn more about him before the presidential race officially begins to pick up:

1. He’s running for president to “restore integrity” in the government. “This country faces two enormous challenges, among others, one is a lack of economic mobility and opportunity for most Americans and the other is the need to restore integrity to our government,” Bennet said on CBS This Morning on May 2. “If we keep going down this road, we’re going to be the first generation of Americans to leave less opportunity, not more, to the next generation.” Per his campaign site, Bennet’s key issues to tackle are: drive economic opportunity, restore American values, and fix our broken politics.

2. Barack Obama called him a “gifted politician.” Bennet got the Obama seal of approval in 2016, after he won another senatorial election. Far before the 2020 race began, Obama named Bennet as one of the star Democrats that could be the future of the party. Interestingly, the other politicians he named — Mayor Pete Buttigieg and Senator Kamala Harris — are also running for president.

3. He’s battling prostate cancer. Bennet announced on April 3 that he was diagnosed with prostate cancer, but that his prognosis was good. Doctors found the disease in its very early stages, and Bennet quickly underwent surgery. His office said that the procedure was “completely successful,” and the senator requires “no further treatment. Bennet told CBS that his diagnosis was “very clarifying,” and that he was devastated over potentially not being able to run for president. “That gave me a chance to think about whether I really wanted to run or not,” he said.

4. He recognizes that he’s facing a difficult campaign ahead of him. It’s going to be an uphill battle for Bennet, who just became the 21st democrat to announce their presidential campaign, and who isn’t well-known like some of his colleagues in the race. Still, he’s optimistic. “I wouldn’t [run] if I didn’t think I had a chance to win,” Bennet told The Colorado Independent in April. “I think, like everyone else does, it’s a long shot. But I think everyone in the field is a long shot.” He said in his campaign video (you can watch above) that while he doesn’t have name recognition, he’s going to be successful because he will “pay attention to what would help the people who sent me [to DC] make their lives better.” “So you may not know me, but over the years I’ve learned a lot about what Americans struggle with,” he said.

5. His father and grandfather worked in politics long before he was born. Bennet was actually born in New Delhi, India, as his father, Douglas J. Bennet, was the aide to the US Ambassador to India. Back in the United States, Douglas worked for the Carter and Clinton administrations. His grandfather, Douglas Bennet, was an economic advisor to President Franklin D. Roosevelt.