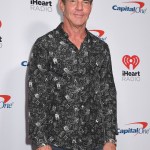 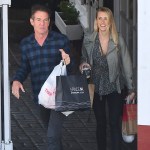 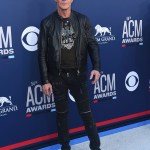 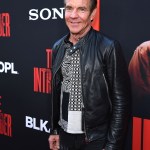 Dennis Quaid, 65, confirmed his engagement to 26-year-old Laura Savoie on Oct. 21 after proposing to her in Hawaii. Here are five things you should know about his future wife.

Dennis Quaid, 65, is no longer on the market and it’s all because of one particular lucky lady named Laura Savoie! The 26-year-old phD student captured the actor’s heart and is set to become his wife in the future after he romantically proposed to her in Hawaii. “It happened on the very northernmost point of Oahu, at Turtle Bay. It was kind of spontaneous,” he told Extra about the proposal. “It was very much a surprise [for Laura]. I had the ring in my pocket … It has been kind of a month-and-a-half plan. I wanted it to be private.”

As Dennis and Laura prepare to exchange vows, here are five things you should know about the gal who will be the soon-to-be Mrs. Quaid.

1.) She has studied at the University of Texas. At the time of Dennis’ proposal, Laura was confirmed to be a student at Austin’s McCombs School of Business and studying to get her PhD.

2.) The proposal happened when she was taking a selfie. “She was actually taking a selfie of us, and I put the ring in front and said, ‘Will you marry me?’ — and then she fell down,” Dennis explained to Extra.

3.) Dennis isn’t the only actor she’s dated. Laura dated Jeremy Piven while she was an undergrad at Pepperdine University in Los Angeles, CA.

4.) She was only dating Dennis for a few months before they got engaged. The couple was first spotted getting cozy in June 2019.