When you’re the son of Dennis Quaid, 65, and Meg Ryan, 57, the odds are in your favor that you’re going to be a looker. Jack Quaid, 27, the offspring of those Hollywood Icons, turned a few heads at a screening of the upcoming Amazon Prime series, The Boys, at the Tribeca Film Festival on April 29. Jack plays Hughie Campbell in the series, which depicts a world full of superheroes who have become corrupt with celebrity and power (and the titular “Boys” keep them in line.) Speaking of a “dynamic duo,” Jack joined his girlfriend, actress Lizzy McGroder, on the red carpet before the event at Chelsea’s SVA Theater, and they were possibly the cutest couple for five city blocks.

The two weren’t at Tribeca just to show off their romance, as they appeared at the festival over the prior weekend in support of his romantic comedy, Plus One. Jack has come a long way since portraying Marvel in the first Hunger Games movie. “I always had the performing bug,” he told WWD in 2017. “I would do magic shows for family growing up. Terrible magic tricks. Like, ‘You see this pencil? Now it’s gone.” He recalled his first role as Bottom in a middle school production of “Midsummer’s Night Dream.” “I got my first laugh onstage, and I was like, ‘Now I want to do this forever,” he said.

Jack’s parents, Meg and Dennis, were married in 2001, but split after only nine years of marriage in a “mutual and amicable” decision, according to PEOPLE. They finalized their divorce in 2001. Since then, the couple has gone on to find love elsewhere. Dennis dated model Shanna Moakler after the divorce and married Kimberly Buffington, a real-estate agent, in 2004. The couple welcomed twins – Thomas Boone and Zoe Grace – in 2007. However, this relationship would also sour and the two divorced in April 2018. 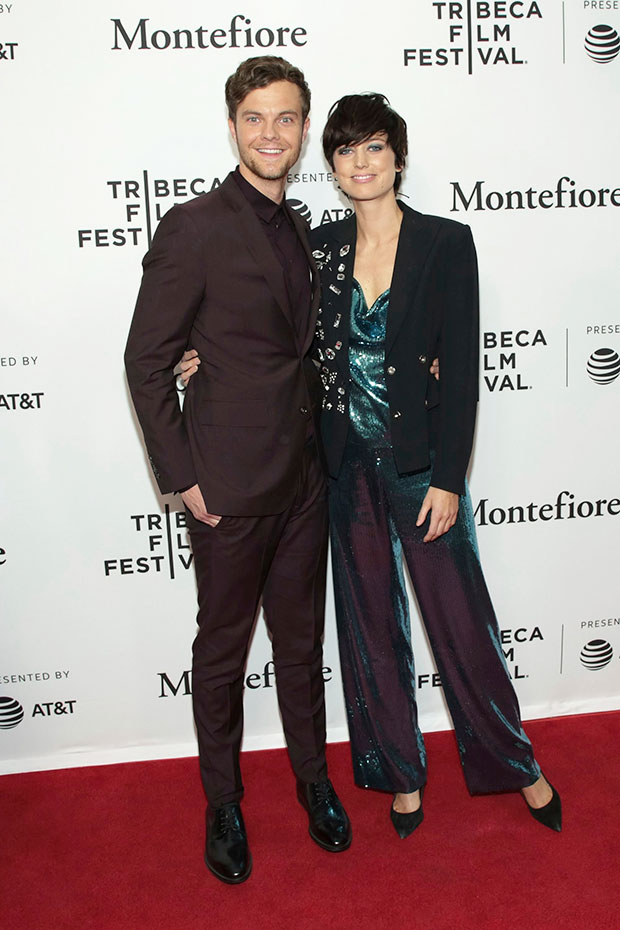 As for Meg, she’s been on/off with John Mellencamp, 67, for nearly a decade. The couple decided to go all in, and Meg confirmed their engagement in November 2018. She did it in the quirkiest way imaginable: she shared a drawing (on what looked to be an actual napkin) of two people that looked like Meg and John. “ENGAGED!” is all she wrote when captioning the pic. So, what does Jack think about this?  “I couldn’t be happier for both of them,” Jack told Page Six when asked about the engagement.

Related: Dennis Quaid’s Kids: Everything To Know About His 3 Children