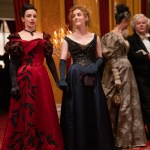 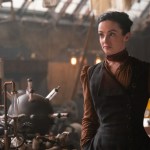 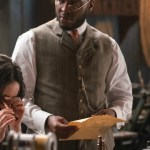 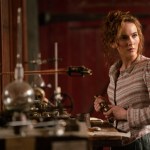 Laura Donnelly stars in the new HBO series ‘The Nevers.’ The talented actress has been on some of your favorite shows in the past. Here are 5 key things you need to know.

The Nevers is a new television series airing on HBO. Laura Donnelly, 38, stars alongside Ann Skelly, James Norton, Denis O’Hare, and more. The series was created by Joss Whedon.

Laura is leading the charge in her latest role. The Nevers is far from her first series. HollywoodLife has rounded up 5 things you need to know about Laura.

1. Laura stars in the new series ‘The Nevers.’

Laura has the leading role of Amalia True on The Nevers. Amalia is one of The Touched, and she has the ability to see glimpses of the future. The series premiered on April 11 and will consist of two parts.

2. She is known for her role on ‘Outlander.’

Laura began playing Jenny Fraser, Jamie Fraser’s sister, on Outlander in 2014. She quickly became a fan favorite amongst Outlander fans. She has appeared on several TV shows over the years, including Brittania and The Fall. She recently played Mabel Tolkien, J.R.R. Tolkien’s mother in the 2019 film Tolkien.

3. She is also an esteemed stage actress.

Laura starred as Caitlin Carney in the 2017 play The Ferryman, which had its world premiere at the Royal Court Theatre. The role of Caitlin was written for her by her now partner Jez Butterworth. The production went to Broadway in 2018, and Laura reprised her role alongside Hugh Jackman. Laura won the Olivier Award for Best Actress in 2018 and was nominated for a Tony Award as well for her performance.

Laura is in a relationship with playwright Jez Butterworth. They have two daughters, who are 3 and 4 years old. They live in London.

5. She hails from Ireland.

Laura grew up in Belfast, which is in Northern Ireland. She went to the Royal Scottish Academy of Music and Drama. She graduated in 2004 and made her TV debut in the series Sugar Rush a year later.