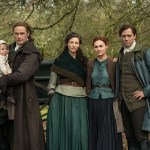 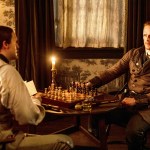 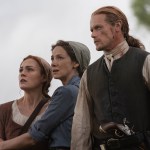 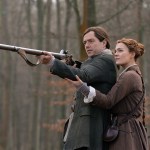 The Droughtlander is real, but ‘Outlander’ is officially filming season 6! HollywoodLife has all the latest updates about filming and more.

Outlander season 6 is on the way, Outlander fans! The hit STARZ series was renewed for a sixth season way back in 2018. Season 5 ended in the first half of 2020, and fans immediately looked ahead to season 6 to combat the Droughtlander.

Sam Heughan, Caitriona Balfe, Richard Rankin, and Sophie Skelton will be returning as Jamie, Claire, Roger, and Brianna. The stakes will be elevated once again for our favorite characters in the highly-anticipated sixth season. HollywoodLife has rounded up the key updates we know about season 6.

Initial plans for season 6 filming were impacted by the ongoing COVID-19 pandemic. In Nov. 2020, Sam gave an update about the delay. “We have been delayed,” he said on the UK daytime series This Morning. “We were supposed to start shooting by May. But we are gearing up. We’ve had fittings, we’ve got scripts, we are getting there. It’s just such an epic show it’s taking a while to get there, but we will be back for season 6.”

Now *this* is wonderful news. We're officially in production on #Outlander Season 6! pic.twitter.com/piwiX24KUc

On Feb. 10, 2021, STARZ and Sony Pictures Television announced that production has started on Outlander season 6. The season will film on location in Scotland. A behind-the-scenes video was released to give fans a look at the cast and crew back on set. The sets have been built, the costumes have been fitted, and the props are in place. Everything is ready. The title for the season 6 premiere is “Echoes.” STARZ and Sony Pictures Television also released a photo of Sam and Caitriona in character on set (see above).

Specific plot details have not been revealed just yet, but season 5 ended with Claire being kidnapped and brutally raped by Lionel Brown and his men. She was rescued by Jamie, Fergus, Ian, Roger, and others who killed Claire’s captors except for Lionel Brown. Claire was unable to kill Lionel Brown when he was lying on her surgical table, but Marsali did the deed and poisoned him.

Lionel Brown’s brother, Richard, vowed revenge on the Frasers after Lionel’s death. “And you did what you must. So will I… when the time comes,” he threatened. Wendigo Donner also turned out to be a time traveler like Claire. He told her that he wanted to return to his own time, and Claire revealed that she knew of a stone circle he could travel through.

Roger, Brianna, and Jemmy traveled through the stones, but they ended up back in the 18th century. They’re still in Fraser’s Ridge for the time being.  Season 6 will likely explore more of the sixth Outlander book, A Breath of Snow & Ashes, and possibly An Echo in the Bone.

Outlander season 6 does not have a premiere date yet. The fifth season ended in May 2020, so it may be a bit of a wait until the sixth season. Back in March 2020, Sam responded to a fan on Twitter that he had started reading season 6 scripts.

We have started… Ep 1!!! So excited. But you’re going to love the rest of this season. https://t.co/Pd5dfBUHOW

At its earliest, season 6 could premiere in late 2021. However, a 2022 premiere date is looking more and more likely.

Will There Be A Season 7?

Season 7 has not been confirmed yet, but it’s highly likely. Diana Gabaldon’s Outlander novel series is still ongoing. Season 5 was a mix of the fifth and sixth novels in her series, and there are still three additional Outlander books: An Echo in the Bone, Written in My Own Heart’s Blood, and the forthcoming Go Tell the Bees That I Am Gone.