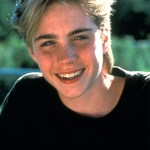 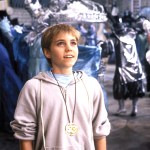 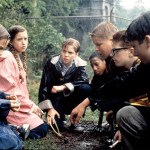 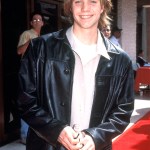 Footage of Jonathan Brandis is featured in Soleil Moon Frye’s incredible documentary film ‘Kid90.’ Here’s what to know about the ’90s teen star who left us way too soon.

In the Hulu documentary film Kid90, Soleil Moon Frye goes through hours of old videos, recordings, and diaries that feature her close friends at the time, including actor Jonathan Brandis. Jonathan was one of the most popular young stars of the early 1990s. He was a talented actor who had a number of notable roles in the early stage of his career.

While many of Soleil’s friends speak with the actress about growing up in the ’90s, Jonathan sadly died in 2003. His presence is felt throughout the documentary, especially with the recordings and videos. Take a look back at the life of Jonathan Brandis.

Jonathan made his acting debut in 1982 as Kevin Buchanan on One Life To Live. Eight years later, the young actor starred as Bill Denbrough in the Stephen King miniseries It. He also starred as Bastian Bux in The Neverending Story II: The Next Chapter in 1990. When he was 17 years old, he starred in the NBC series seaQuest DSV in 1993. The series ran for 3 seasons. He went on to appear in additional TV shows and movies like Ride with the Devil, Outside Providence, and more.

Jonathan died of suicide by hanging on November 12, 2003. He was just 27 years old. The Los Angeles Police Department said a friend found Jonathan at his apartment on November 11. The actor was transported to the hospital where he died of his injuries the next day.

3. Soleil Moon Frye revealed they talked about getting married.

In her documentary film Kid90, which was released March 12 on Hulu, Punky Brewster star Soleil Moon Frye revealed that she had found a diary where she talked about her close friend Jonathan. She had written that “we had spoken about getting married someday and having a family.” In one of her recordings, Jonathan gushed about his love for Soleil. “I love you, Soleil. I love her. I’ve always loved her,” Jonathan said. Soleil reflected on her friendship with Jonathan in the documentary. “When I hear Jonathan’s recordings over and over and the amount of love that was there and that he must have been going through so much pain,” she said.

Jonathan and The Fresh Prince of Bel-Air star dated from 1995 to 1998. “I love her tremendously,” Jonathan said in a 1996 interview with PEOPLE. They had originally met at a mutual friend’s Halloween party in 1993.

5. His father recently spoke about his son’s struggles before his death.

Jonathan’s father, Greg Brandis, noted that his son’s death wasn’t fueled by career setbacks. “In a sad way, he was probably bipolar. [His death] wasn’t due to the entertainment industry,” Greg told PEOPLE. “I look back now, and in his 20s he showed signs of manic depression. I hope that anyone suffering can go get help.”