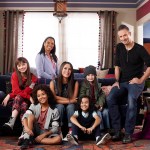 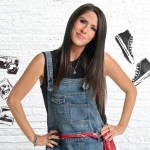 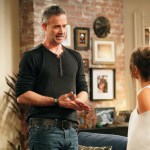 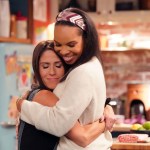 HL spoke EXCLUSIVELY with Soleil Moon Frye about stepping into Punky’s shoes again and what to expect from grown-up Punky.

Punky Brewster is all grown up! The Peacock revival of the iconic ’80s sitcom premieres on Feb. 25 and features Soleil Moon Frye back in the role that made her famous. When the show picks up, Punky is now a single mother of three trying to get her life back on track. The role of Punky Brewster is near and dear to Soleil’s heart and bringing the character back to life is a dream come true.

“I have wanted to do it for years, and it’s so amazing because it’s like the stars and the universe completely aligned,” Soleil told HollywoodLife EXCLUSIVELY during the show’s press junket. “And now here we are. I think it’s a time when people really can use that Punky Power, Cherie Power, the kids’ power now more than ever. It just is so beautiful to see the way in which it’s aligned with the universe, and I am just so bursting with gratitude and love.”

The revival is a “full circle” moment for Soleil. In between the original series and the revival, Soleil has had a family of her own. Coming back to the role has given the actress the chance to explore her inner child again. “It’s so amazing because I think for a lot of years, actually, I was so focused on my family and everything that there were parts of me that kind of forgot that inner child or wasn’t paying as much attention to that inner child,” Soleil continued. “Through Punky and through my experience with my documentary, it really has helped ignite that inner child again. It’s almost like through Punky rediscovering her Punky Power, I also rediscovered so much of my inner power and so much of my Punkiness… I think that has been an amazing rediscovery. I think, yes, the Punky Power has always been there. I just think at different times in our lives we have these rollercoasters, and we become the people that we think we’re supposed to, at least for me. I’m speaking for myself wanting to be a great mom and all these things, and then now to discover [that] you can be all those things, and you also can still hold on to that inner spark.”

At the beginning of the revival series, Punky is no longer with her husband Travis, played by Freddie Prinze Jr., but they have a great co-parenting relationship. Soleil even teased that it’s not out of the question that Punky and Travis could end up back together.

“I think there’s hope,” Soleil said. “I think it’s going to be a very will-they-won’t-they kind of thing. It’s amazing. They have very different parenting styles, but they agree fundamentally on things that are really important. And yet, they’re very different. I think they’ve changed in different ways. And yet, it’s not because of a lack of love. I think they still love each other so much, and that’s so evident in the show. It’s so beautiful to see this kind of dynamic and relationship. It was just such an honor to be able to bring to life these characters that are really co-parenting together, and yet also crazy about each other and maybe even more crazy about each other now that they’re not together.”

The series also reunites Soleil with her original Punky Brewster co-star Cherie Johnson, who returns as Punky’s BFF Cherie. The love and chemistry between Punky and Cherie mirrors the real-life relationship between Soleil and Cherie.

“Every moment that we share is so authentically us and so genuine, and the love is so real,” Soleil told HollywoodLife. “The love that you see on the screen is really the love that we have for each other. We were so close our whole lives, and then we got busy with families and kids and really focused on that. I think to then come together… It’s like we hadn’t even realized that so many years have gone by. I was waiting outside the elevator and I was so nervous, and the elevator doors would open and I was like, ‘Is it Cherie? Is it Cherie?’ And then the elevator doors open and it was her, and I just burst into tears and I was crying, She put it so beautifully when we were talking today. She said it was like coming home, and that’s really how it felt.” Punky Brewster will be available to watch on Peacock.