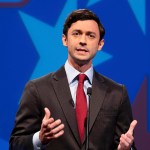 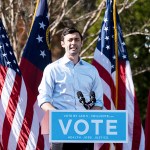 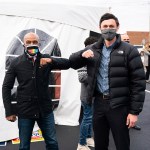 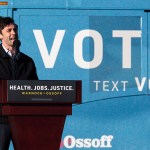 It’s official: Jon Ossoff just pulled off a major political upset by winning the GA Senate runoff election, putting Democrats in control of Congress. Here’s what you need to know about the Senator-elect.

Jon Ossoff just changed the game. Both he and fellow Democrat Rev. Raphael Warnock won their respective runoff elections in Georgia, granting Democrats the Senate majority, dethroning Mitch McConnell, and giving the party control of both chambers of Congress. Here’s what you need to know about Ossoff, the 33-year-old senator-elect:

1. He ran for Senate on a progressive platform. “I am fighting for great health care for every American with a strong Public Option and strengthened Affordable Care Act, to defend Medicare and Social Security, for historic investment in clean energy and infrastructure, to lower taxes for working families and small businesses, to defend Roe v. Wade and the privacy of women’s health care, to enact major criminal justice reform, to get dark money out of politics and end Citizens United,” Ossoff states on his campaign site.

2. His win means a Democrat-controlled Congress. This isn’t a simple Senate race. With Ossoff and Warnock winning their dual Georgia runoff elections, the US Senate is now split between Democrats and Republicans 50-50. However, any tie-breaking votes would fall into Vice President-elect Kamala Harris‘ hands. Seeing as she’s a Democrat, she would almost certainly side with her party every time. While Georgia is traditionally red, the state went blue (narrowly) in the 2020 presidential election — something that Trump is still trying to contest.

3. He’s an investigative journalist. Ossoff is the CEO of Insight TWI, a London-based investigative television production company that has created documentaries exposing ISIS war crimes. In 2016, he produced Girls, Guns and ISIS for the BBC. He also produced Face to Face with ISIS in 2018, which won the One World Media Award. Other documentaries include The Battle for Africa and Living with Ebola.

4. He ran for Congress in 2017. Ossoff ran for the seat vacated by Rep. Tom Price in Georgia in 2017 after Donald Trump tapped him to become the new Secretary of Health and Human Services. It was just two months after the Republican had been elected with 62% of the vote. Ossoff raised $23 million, breaking fundraising records for a single House candidate, and the first-time candidate proved popular enough for a runoff election. The seat ultimately went to Republican Karen Handel.

5. He’s sharply critical of Trump. I have great respect for the office. I don’t have great personal admiration for the man himself,” Ossoff said in a 2017 Hardball interview. He’s not against all Republicans, though: “I think there’s room to work across the aisle, and I’ll work with anyone who has the best interest of this community at heart. I’ll stand up to anyone who does not, regardless of their party.”