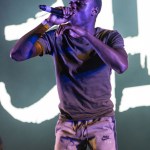 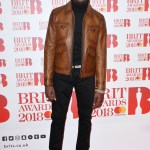 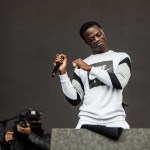 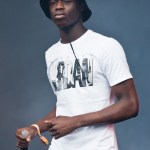 J Hus reportedly served time for illegally carrying a knife in public, and so Drake finally welcomed the rapper ‘home’ right on stage at his London concert on April 5. The British MC has an impressive track record, especially for Drake to take notice!

J Hus, 23 — AKA, Bouff Daddy — completely blindsided fans when he hopped up on stage at Drake’s concert in London’ O2 Arena on Friday night, April 5. The up-and-coming British rapper had pleaded guilty to illegally carrying a knife in public in east London on Dec. 14, 2018, BBC News reported. His sentence was set for eight months, meaning he wouldn’t have been released from prison until Aug. 2019. Drake celebrated Hus’ early homecoming by having his stage’s display read “Welcome Home” and telling the crowd, “If anyone’s sitting down right now, I need you to stand up because we’re going to celebrate one of our brothers tonight.” Hus proceeded to perform his 2017 hit, “Did You See,” to a stunned crowd — and there’s a reason why everyone on Twitter is now freaking out!

1. Critics raved over Hus’ debut album. Hus released his debut album Common Sense on May 12, 2017 through Black Butter Records, and Complex magazine went on to honor the record with the No. 1 rank on its “Best Albums of 2017” list. Hus also did well on UK’s music charts, as a track off the album — “Did You See” — went platinum and shot up to the No. 9 spot on the UK Singles Chart. The newcomer was even up for three nominations at the 2018 Brit Awards for best British single, “Mastercard British Album Of The Year” and “British Breakthrough Act.”

2. Hus has racked up millions of views on YouTube. Hus boasts 300,000 subscribers, who come to watch music videos for hits like “Bouff Daddy” (over 23 million views) and “Friendly” (over 15 million views).

The moment @Drake brought out @Jhus at his show in London tonight. pic.twitter.com/lPepUXNGyj

3. Hus took two trips to prison before his latest sentence. The rapper spent time behind bars in 2014 and again in 2015, although the charges were not revealed in his 2017 profile for The Guardian. In total, he has had “six previous convictions” for 10 alleged offenses that spanned between 2011 and 2016, according to BBC. Hus was also stabbed five times in London in Sept. 2015.

4. Hus changed his life around with music, thanks to his friends. Hus’ friend from primary school, Moe Bah, and Bah’s older brother, Kilo Jalloh, pushed the rapper to really pursue music. Despite their lack of experience in the music industry, the brothers went on to form 2K Management and represented Hus. “My bros before music, now my managers. BIG thanks to Kilo & Moe – for having faith in man and pushing me to start this music ting. ❤️,” Hus tweeted in May 2017.

5. Hus used to “hustle” donuts. That’s right — the rapper would buy a pack of donuts and then sell them individually as a student.