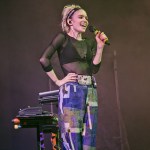 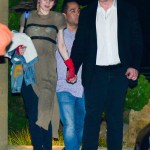 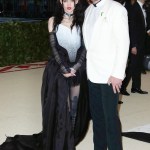 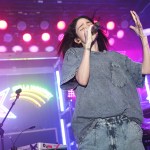 After three years together, Elon Musk and Grimes have broken up. As the two negotiate their split and custody of their son, X Æ A-Xii, here’s what you need to know.

“We are semi-separated but still love each other,” Elon Musk told Page Six on Sept. 24, confirming that he and Grimes have called it quits after three years together. Elon, 50, said that he and Grimes, 33, “see other frequently” and that despite the end of their love, they remain “on great terms.” Elon chalked up the split to conflicting scheduled, noting that his “work at SpaceX and Tesla” requires him to spend time in Texas and overseas, while she works “primarily in LA.” The two co-parent their one-year-old son, X Æ A-Xii Musk, the youngest of Elon’s six children.

When news broke of Grimes and Elon’s split, she hadn’t commented on the breakup. Her Instagram Story was full of images promoting the latest episode of Alter Ego, a virtual singing competition where Grimes is a judge, and a tweet in support of the “Argument for [the] modern human brain rly only being ~10k years old – meaning we are way younger.” For those unfamiliar with Grimes, her music, and her theories, here’s what you should know.

1. Grimes Is A Musician.

Born Claire Elise Boucher on Mar. 17, 1988, Grimes is a Canadian musician, singer, songwriter, and producer. She was born and raised in Vancouver, British Columbia, and attended McGill University in Montreal. In 2010, she made her debut with the release of Geidi Primes. In the subsequent decade, she released four more albums – Halfaxa, Visions, Art Angels, and Miss Anthropocene – as well as a few EPs. 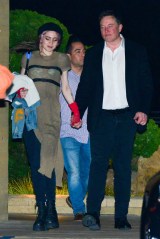 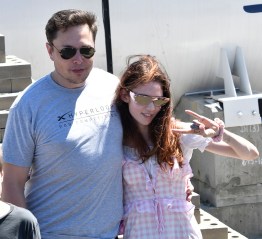 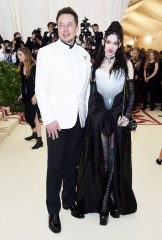 2. Grimes Connected With Elon Musk Over A Joke.

Before her tenure with the Tesla/SpaceX founder, Grimes was in an on-again/off-again relationship with Majical Cloudz vocalist Devon Welsh, as well as musician Jaime Brooks. Grimes linked up with Musk in 2018 after Elon attempted to make a joke. He wanted to merge Roko’s Basilisk, a complicated thought experiment involving malevolent AI and timeless decision theory (here’s Slate’s breakdown), with Rococo, an equally complex and elaborate European architecture style. Except, Grimes had already made the “Rococo’s Basilisk” joke on Twitter – in 2015. Elon reached out, he and Grimes found a spark, and the two started dating. In 2020, they welcomed a child, and in 2021, their romance came to an end.

3. She Is Full Of Multitudes.

The best way to describe Grimes’ sound came from Tastemakers’ review of her Visions album. “She is the alien love child of Aphex Twin and Abba.” 2020’s Miss Anthropocene earned rave reviews from sites like Pitchfork, who said the album “thrills when it reveals a refined, linear evolution of Grimes’ long-standing interest in rave nostalgia and alluring pop music from around the world.” Grimes’ style is hard to pin down, as she incorporates a lot of dream pop, synth, art, electronic, and experimental pop into her sound, along with R&B and hip hop. She has described her sound as “ADD music” and that she goes “through phases a lot.”

“I’m a pop artist in a broad sense,” she told the Japan Times in an email. “Most music with traditional verse, chorus, and bridge structures can probably be considered ‘pop.’ But I think most people think about Top 40 these days when they use the word ‘pop,’ and I’m emphatically not from that world.”

Grimes once claimed she underwent surgery to remove “the top film of my eyeball and [replace] it with an orange ultra-flex polymer” to prevent her from viewing blue light as a cure for seasonal depression.  She also claims, per Yahoo, of maintaining a “healthy cellular routine” by “maximizing the function of my mitochondria” by taking supplements. She also once claimed that she keeps in shape by spending 1-2 hours daily in a sword fighting session and that she ends her day with a 20-25 minute screaming session. Plus, if you spend any time on her social media, you’ll get her thoughts on design, technology, artificial intelligence, and more.

“It’s kind of inspired by the movie Dune, which is an American film,” she explained, per NME, while discussing how her look fit into the Gala’s theme (In America: A Lexicon of Fashion.”) “Americans worked on it so it sort of fits the theme,” she added. She also carried a sword made from a melted down Colt AR-15A3. “It’s from these people who are getting people’s [guns] who don’t want to have their automatic rifles anymore and are melting them down and making them perfect replicas of medieval swords, which I think is just so cool — I think it’s a beautiful thing.”