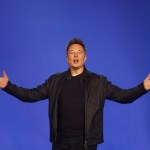 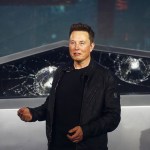 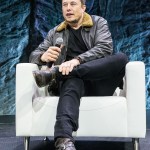 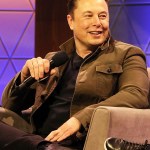 Elon Musk is set to make his ‘SNL’ hosting debut! The Tesla co-founder and CEO will be appearing alongside musical guest Miley Cyrus. Learn more about Elon here.

Elon Musk, 49, is perhaps the most controversial figure to host Saturday Night Live in recent years. The Tesla founder was confirmed back in April, alongside musical guest Miley Cyrus, 27. Elon is certainly an unusual and controversial choice — and he certainly got Twitter fired up after the announcement! So far, the dad-of-seven seems right at home at Studio 8H, appearing in several promos ahead of the episode.

“Hi, I’m Elon Musk and I am hosting Saturday Night Live this week with Miley Cyrus,” he says in a promo. “And I’m a wild card, so there’s no telling what I might do,” he adds, as Miley cuts in. “Same here. Rules, no thanks,” she added. In another, the Plastic Hearts singer asks Elon “what’s new” with him. “I just did a successful rocket launch this week,” he casually responded, as Cecily Strong quipped,  “Wow, I did my laundry.” Learn more about Elon right here.

He’s the co-founder of Tesla and SpaceX.

In 2001, Musk began the “Mars Oasis” plan to try and design spacecraft that would build a greenhouse on the Mars. Subsequently, SpaceX was founded in 2002 with the goal “to revolutionize space technology, with the ultimate goal of enabling people to live on other planets,” according to its site. One of the privately held companies major accomplishments came in 2012 when its Dragon spacecraft became the first commercial spacecraft to deliver cargo to and from the International Space Station. In 2003, Musk co-founded Tesla, a company working to build cars that run on electricity.

Musk has made it a bit of a habit sharing his thoughts on Twitter, and some of them are often a bit odd. On June 12, 2016, Musk tweeted, “And, no, I’m not an alien…but I used to be one,” leaving many of his followers perplexed. More recently, Musk has been ardently supporting America to reopen amid the ongoing COVID-19 pandemic. On April 28, Musk also tweeted “Bravo Texas” as the state plans to reopen restaurants, retailers, and other businesses on Friday, May 1.

He’s in a relationship with Grimes.

Musk and Grimes revealed that they were in a relationship in May 2018 and appeared together at the Met Gala. In January 2020, the singer revealed that she was pregnant — giving birth to their son X Æ A-Xii on May 4, 2020. Elon later clarified what the name meant to Joe Rogan. “I mean, it’s just X, the letter X. And then, the AE is pronounced ‘Ash.’ Then, A-12 is my contribution,” he explained, noting that “A-12” is an airplane reference. “Archangel 12, the precursor to the SR-71, the coolest plane ever,” he added.

Musk’s first wife was Justine Wilson, whom he was married to from 2000-2008. During their marriage, the couple lost their first son at 10 weeks old. They welcomed five more sons through in vitro fertilization — a set of twins and triplets — and currently share custody. Musk married Pride & Prejudice and Westworld actress Talulah Riley in 2010 after two years of dating. The pair divorced in January 2012, but remarried in July 2013, before divorcing again in late 2016.

The Tesla and SpaceX co-founder was born on June 28, 1971 to model Maye Musk and Errol Musk. Maye has been a model for over 50 years and has appeared in advertisements for Revlon, Special K cereal, and even appeared in a Beyonce video.