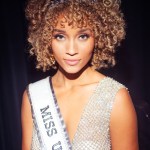 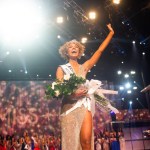 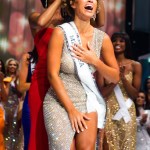 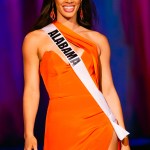 Elle Smith was crowned the 70th 2021 Miss USA winner at the emotional and exciting live pageant in Tulsa, OK on Nov. 29. Find out more about the incredible young woman here!

Elle Smith aka Miss Kentucky is officially the 2021 Miss USA! The 23-year-old beauty was crowned the winner during the live television event at the Paradise Cove Theater of River Spirit Casino Resort in Tulsa, OK on Nov. 29, and appeared to be thrilled about her new title. After an intense competition against every other U.S. state winner, Elle is now stepping into her new role as a successful and hardworking woman that’s ready to take on the duties of representing the entire country in the upcoming Miss Universe pageant in Eilat, Israel next month. Before that takes place, however, let’s find out more about Elle and her journey to the Miss USA crown below!

Elle Is From Germantown, Kentucky.

Elle is the first ever winner of Miss Kentucky and Miss USA from Germantown. The previous 2015-2020 winners were all from Louisville, so she’s definitely not only making her state proud, but her city too! She graduated from the University of Kentucky’s School of Journalism and Media in May 2020 and earned a bachelor’s degree in broadcast journalism and a minor in political science, according to CONAN Daily.

She’s Worked As A Reporter.

During her college years, Elle was the vice president of UK’s National Association of Black Journalists chapter, a reporter for the UK Student News Network, and a videographer for UK Athletics and SEC Network, according to WHAS11. In Oct. 2020, she went on to work as a reporter at WHAS11 News, an ABC-affiliated television station licensed to Louisville.

In March 2021, she took to Instagram to post about how she almost moved to Lexington, KY to waitress until she could find a job as a reporter before she was offered the job for WHAS11 just in time. “I still have no idea how I landed this job but six months later I am grateful to be in this position,” she wrote alongside a video of her reporting for the station. “(S/O Jesus) I am surrounded by a powerful team of strong, creative journalists who push me to better each day.” 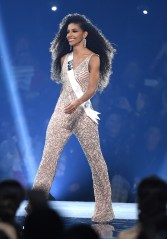 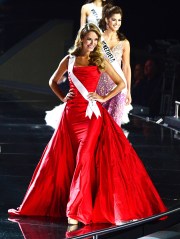 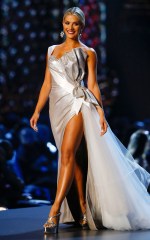 She Was Crowned Miss Kentucky At Her First Pageant.

Elle hadn’t competed in pageants before she won the title of Miss Kentucky at the Miss Kentucky 2021 pageant in May 2021. She is only the second Miss Kentucky to win the 2021 Miss USA pageant, with Tara Conner being the first in 2006. She has stated that she takes her roles in pageants, especially as a Black woman, seriously and confirmed that one of her biggest inspirations in the pageant world is fellow African American and Polish American Cheslie Kryst, attorney and Miss USA 2019.

“Seeing someone confident in herself, confident in her abilities and just seeing a Black woman who knows her strengths and weaknesses…it’s a powerful thing,” she said about Cheslie, WHAS11 reported.

She Appears To Have A Boyfriend.

Elle has shared photos of her cozily posing with an unidentified man on her Instagram page. Some of the sweet captions she wrote alongside of them include “Look how the whole world is searching but I found mine 🤎” and “Ain’t nothing changed here 🤎.”

Her Self-Confidence Helps Her To Not Be Bothered By Critics.

“There’s always going to be people who think pageants exploit people, that they only show brainless beauties,” she said in an interview about the misconception some people have about people competing in pageants, according to WHAS11. “When I’m walking in a swimsuit, I’m showing the hard work that I do every single day to have a healthy body and a healthy lifestyle. I would disagree with anyone who says you can’t be professional and wear a swimsuit.”