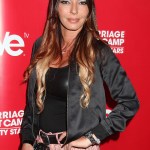 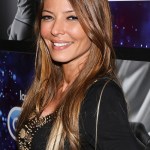 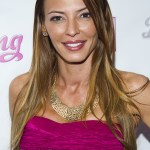 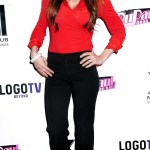 Former reality star, Drita D’Avanzo, and her husband, Lee, were arrested after the NYPD raided their home and reportedly found guns and drugs inside.

Drita D’Avanzo has found herself in the midst of some very intense legal trouble — the Mob Wives star, along with her husband, Lee, were arrested on Dec. 19, the NYPD confirmed to HollywoodLife. The police entered Drita and Lee’s Staten Island home after obtaining a search warrant. They reportedly found two guns, hundreds of pills, and marijuana. The couple’s teenage daughter was also home at the time of the raid, according to police. Drita and Lee were arrested on several counts, which are outlined below.

1. She’s a reality star. Drita was one of the original cast members on VH1’s series, Mob Wives. She was a regular on the show from season one in 2011, until its final season in 2016. She and Renee Graziano were the only two women who appeared as series regulars throughout the reality show’s entire existence. Drita also appeared on the Mob Wives spin-off series, Big Ang, and has teased the possibility of having her own spin-off, as well. Since garnering fame on Mob Wives, Drita has made several appearances on shows like Watch What Happens: Live and Celebrity Ghost Stories. She also competed on Scared Famous in 2017 and finished in 8th place.

2. She famously feuded with Farrah Abraham. In 2018, Drita got into a very public feud with fellow reality star, Farrah Abraham, after they co-hosted an event in Atlantic City. First, Farrah went off on Drita on Instagram live, claiming she acted unprofessional during their joint appearance and referring to her as a “has-been.” Then, Drita fired back in an interview with Page Six, in which she admitted she wanted to “smack the f***” out of the Teen Mom star and claimed that Farrah’s reaction was out of pure jealousy. Farrah followed up by giving quotes to Us Weekly, reiterating that she feels Drita is lazy (in much harsher words, of course).

3. She could’ve been a soccer star. Drita grew up with a soccer coach father, who pushed her to train super hard at the sport. She was invited to play for the Women’s National Soccer team, but turned down the opportunity.

5. She has a cosmetics line. Aside from starring on reality television, Drita is also very into makeup, and she launched her own cosmetics line called Lady Boss by Drita. She’s also worked as a freelance makeup artist in the past.