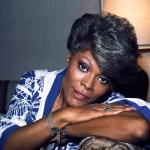 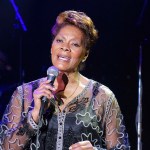 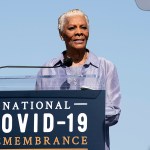 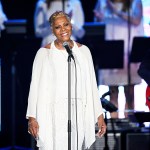 Dionne Warwick is getting plenty of attention these days for her playful tweets with pop and rap superstars, and feuding with Wendy Williams. We’ve got five things to know about the singing icon.

Dionne Warwick is responsible for some of the most classic songs of the 20th century, including “Say A Little Prayer” and “What the World Needs Now.” The 79-year-old icon has recently been feeling playful ahead of her Dec. 12, 2020 80th birthday, by tweeting at high profile rappers and singers including The Weeknd and Taylor Swift. Chance the Rapper “freaked out” (in a good way) that the legend knew who he was when she mentioned him in a tweet, while Tay responded to Dionne’s tweet wishing her a good day by writing, “I just saw that you tweeted me!! I’m a huge fan and I respect you so much, thank you for wishing me well.”

Dionne then called out talk show host Wendy Williams for talking about the singer’s tweets on a recent show, telling the 56-year-old via Twitter, “My hope is my name will refrain from being spoken or thought of by her,” and that she previously asked Wendy to not say her name in public “for any reason.” We’ve got five things to know about Dionne Warwick.

1. Dionne is a singing legend with some of the most famous and well known songs of a generation. Her catalog of hits includes some of the biggest songs of the last half of the 20th century. Her smashes include 1967’s “I Say a Little Prayer,” and 1970’s easy listening hit “I’ll Never Fall In Love Again,” netting her a Best Female Pop Vocal Performance Grammy.  Dionne won another Grammy for 1979’s “I’ll Never Love This Way Again,” again taking home Best Female Pop Vocal Performance. Her voice crooned “That’s What Friends Are For” in the 1985 classic with Elton John and Stevie Wonder.

2. Dionne was first cousins with the late Whitney Houston. Her maternal aunt is gospel singer Cissy Houston, who was the mother of the late singing superstar who accidentally drowned in a hotel bathtub on February 11, 2012 on the eve of the Grammy Awards.

3. Dionne was host of the Psychic Friends Network. In the early 1990s, the singer appeared in a series if wildly popular TV informericals encouraging callers to phone in and talk to a live psychic…for a price. Dionne encouraged callers to dial a 1-900 line where callers could get reading for $3.99 a minute. According to USA Today, the company took in over $100 million in profits in it’s first few years of operation.

4. The character of Dionne in the classic 1995 film Clueless was named after Dionne Warwick. Actress Stacey Dash‘s Dionne Davenport was named after THE Dionne. Alicia Silverstone‘s Cher Horowitz character explains at the beginning of the movie, “Dionne and I were named after great singers of the past who now do infomercials.” See item number three above for details on that.

5. Dionne appeared as a contestant on The Masked Singer. The singing legend competed on 2020’s season three of the Fox TV hit, dressed in costume as the Mouse. She was eliminated in just the second round.