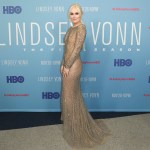 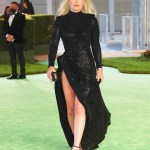 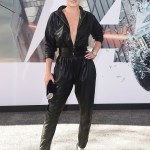 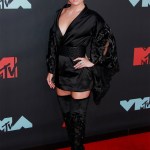 Nearly five months after Linsey Vonn and P.K. Subban ended their engagement, she was seen walking arm-in-arm with Diego Osorio. Here’s the scoop on her new man.

Lindsey Vonn was clearly in good “spirits” on Tuesday (May 18). The 36-year-old alpine skier was spotted walking with actor and tequila entrepreneur Diego Osorio in New York City’s SoHo neighborhood. In the photos published by Page Six, Lindsey rocked an AC/DC t-shirt, ripped jeans, and a pair of sunglasses. Her date was “Back In Black,” wearing a black t-shirt with matching pants. This outing came nearly five months after Lindsey and her former fiancé NHL star P.K. Subban called it quits after three years together.

Lindsey and Diego met through a mutual friend “months ago,” according to Page Six. Right now, the two are “having fun” and seeing where it goes.” This could be just a summer fling, or it could turn into something serious by the time September ends. In the meantime, while Lindsey and Diego have their fun, here’s what you need to know about Diego.

1.He Is Lindsey’s First Romance After Her Split.

Diego is Lindsay’s first public romance since she and P.K., 32, announced the end of their relationship in December 2020. Over the past 3 years, PK and I have had some incredible times together. He is a kind, good man, and someone I respect a great deal. However, after much consideration, we have decided to move forward separately. We will always remain friends and love each other immensely.”

2. Diego Osorio Is An Actor.

Diego is a multihyphenate, with “actor” being one of his talents. His IMDB lists him having credits in a video short titled “Roshambo,” as well as roles in shorts “Drug Mule” and “Hotspot: A Guide to Finding Love.” Apparently, Diego went method on that last one, judging by his new romance with Lindsey. However, Diego hasn’t had a role (at least, not according to IMDB) since 2019, which might be due to his other passion.

Lobos 1707 is the latest brand of luxury tequila making waves in the spirits market – and Diego is its founder. It launched last November and drew attention because LeBron James entered in as an early investor, according to Cool Hunting. Diego works as the Chief Creative Officer and has seen the brand launch a robust portfolio – which includes a “Joven, Reposado, Extra Añejo, and Mezcal Artesanal.”

“My family has been in the [spirits] business a long time,” Diego told Cool Hunting. When Diego was dipping his foot in acting, he got some advice from a family member. “My cousin told me to view the spirits industry as another way of storytelling. I began to do research and found the story I wanted to tell: that my great-great-grandfather—who I share a name with—was aging tequila in Spanish wine barrels as he transported it to Spain. I knew that was a story that should be told, and could be told, and it makes sense in a marketplace, as well.”

5. Diego Is Proud Of His Heritage.

As a man with roots in Spain – and a business in Mexico – Diego makes sure to honor this in his product. He began to fund 1707 Lobos out of his pocket, before opening up the company to investors – including LeBron James.

“It’s another tool to tell the story,” Diego said of the 1707 Lobos bottle. “We live and we die by our liquid. Everything starts from there. So when I started designing the bottle, I wanted something human-esque and personal. It has our family crest on it, with the two lobos, the wolves. This gave the name to the brand. On the back, it has an agave compass, to honor the fact that this is a Mexican product.”