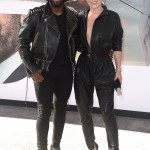 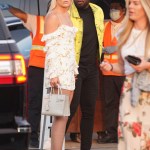 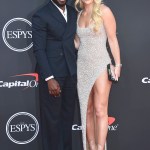 In emotional Instagram announcements, Olympian skier Lindsey Vonn and NHL star P.K. Subban revealed that they have split ‘after much consideration.’

Lindsey Vonn, 36, and P.K. Subban, 31, will no longer be walking down the aisle together. The Olympic gold medalist and Canadian ice hockey star have ended both their engagement and relationship, which Lindsey revealed in a long Instagram announcement on Dec. 29. The post included a bittersweet throwback photo of Lindsey and P.K. taking a happy selfie together.

“Over the past 3 years PK and I have had some incredible times together. He is a kind, good man, and someone I respect a great deal,” Lindsey began the breakup announcement. And then, she revealed the big decision: “However, after much consideration we have decided to move forward separately.”

“We will always remain friends and love each other immensely,” Lindsey added. “We ask that you please respect our privacy during this time.” P.K. had just as kind words to say in his own breakup announcement on Instagram.

“Lindsey is one of the most kind and caring people I know,” P.K. wrote over the same photo that Lindsey shared. The New Jersey Devils defenseman continued, “I will always treasure our time as a couple together and the many laughs we shared. After much consideration, we have decided to move forward separately. We will always remain friends and love each other immensely. We ask that you respect our privacy during this time.”

Lindsey Vonn and P.K. Subban on a birthday trip in the Bahamas in Oct. 2020. (Courtesy of Instagram/@lindseyvonn)

Lindsey, who has been retired from professional skiing since Feb. 2019, began dating P.K. in 2018. They made their red carpet debut as a couple at the CMT Awards in June of 2018, and were engaged by Aug. 2019. Although P.K. popped the question the first time around in their Los Angeles home, Lindsey decided to also surprised P.K. with a ring and her own marriage proposal amid the Christmas holiday season in 2019.

Four months before the breakup announcement, Lindsey and P.K. took a romantic getaway to Cabo San Lucas, Mexico. That vacation was followed by another to celebrate Lindsey’s birthday in the Bahamas in October. P.K. most recently posted a photo of him and Lindsey cooking together on Dec. 15 (see above), which was 13 days before they announced their split.