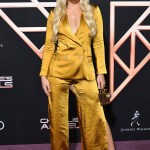 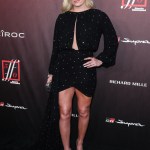 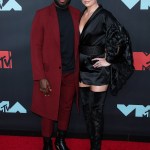 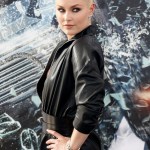 Okay, it’s official: we’re obsessed with Lindsey Vonn and P.K. Subban! The two athletes made their debut as a couple at the CMT Awards on June 6 after months of speculation. And they couldn’t have been cuter about their big moment. The twosome posed for tons of pics together at the awards show and on the red carpet. They were so thrilled when they got to meet Keith Urban that they got two photos with the country superstar.

Our favorite photo, however, was a sweet PDA pic that Lindsey posted to her Instagram story. In the pic, Lindsey and P.K. are cuddled up close, her head resting on her guy’s shoulder. They look so happy together! She captioned the pic with a yellow heart. This is so exciting! Speculation that the were in a relationship started months ago, when the Olympic skier and the Nashville Predators player took in a Boston Red Sox game together and a Celtics game, too. Then, Lindsey was spotted at one of his NHL playoffs games in Nashville in May. To top that off, they sat in on some classes at Harvard together the week before the CMTs. Random, but cool!

Interestingly, Lindsey spoke a little bit about her love life during the awards ceremony, when she presented the Backstreet Boys performance: “When you’re a celebrity everyone’s always trying to figure out who you’re dating … Does anyone know who I’m dating?” she said. “I’m going to come clean and confess who really has my heart and has had my heart since I was 10 years old … the Backstreet Boys!”