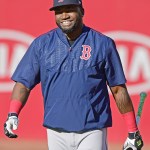 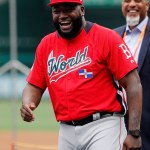 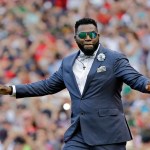 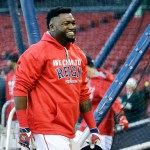 Former Boston Red Sox player, David Ortiz, is recovering from surgery after being shot in the back while out at a club in the Dominican Republic on June 9.

David Ortiz, 43, is in “stable condition” after being shot and undergoing a six-hour surgery in the Dominican Republic on June 9. The legendary baseball player was shot by a man who got off a motorcycle and pulled out a gun at point-blank range at Dial Bar and Lounge in Santo Domingo, Dominican Republic, authorities confirmed. During surgery, he had part of his intestines and colon removed, as well as his gallbladder, his media assistant confirmed to ESPN. The bullet reportedly went into David’s back and through his stomach. He is expected to remain in intensive care for 24 hours, but “doctors say he is out of danger.” Here’s more to know about David:

1. What teams has he played for? Although David is best known for his time with the Red Sox, he’s played with a number of teams throughout his career. David was just 17 when he was signed by the Seattle Mariners in 1992, and he made his professional debut for the team’s Minor League affiliate in 1994. In 1996, he was traded to the Minnesota Twins, and made his MLB debut in 1997. He played on the Twins until 2002, when he was released from the team as part of a cost-cutting move. In 2003, he was signed by the Red Sox with some help from Pedro Martinez. He played with the Red Sox until 2016, when he retired. His number was retired during the 2017 season.

2. You may know him by his famous nickname. David is known as “Big Papi” in Boston and the baseball world, which isn’t just a reference to his beastly playing abilities. The Dominican Republic native earned himself that nickname while playing for the Red Sox because he’d often call people “papi” or “mami” when he couldn’t remember their names.

3. He ended his career with more than 500 home runs. David is known for being one of baseball’s best sluggers, and he certainly proved that over his nearly 20-year career. The first baseman-turned-designated hitter hit a total of 541 home runs since his debut in 1997, landing him at No. 17 of the all-time leaders. After setting all sorts of home run records with the Red Sox, David even finished his impressive career with a 38-HR season. Not a bad way to go out!

4. He has an impressive baseball resume. Other than his 541 home runs, David’s powerful performance as a player earned him a spot on the MLB All-Star Game roster 10 times, earning 6 Silver Slugger Awards, and the American League Hank Aaron Award in 2005. He also helped lead the Red Sox to three World Series titles, even being voted the MVP of the World Series when they won in 2013!

5. He’s a family man. David married his wife, Tiffany, in 2002, and they have three children together. David and Tiffany briefly separated in 2013, but they eventually reconciled.