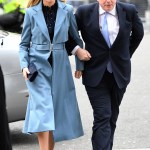 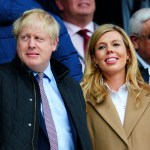 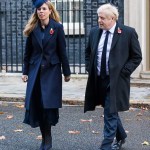 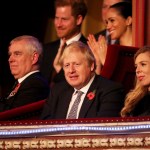 Boris Johnson, 55, and Carrie Symonds, 32, became proud parents to a baby boy on April 29, his office confirmed. The baby’s birth came just two days after Boris returned to work following his coronavirus diagnosis, which resulted in a hospitalization. Carrie had also displayed symptoms of the disease. However, the Prime Minister’s office confirmed that both mom and baby are “doing very well” after the birth. “The PM and Ms Symonds would like to thank the fantastic NHS maternity team,” a spokesperson for the couple said. Here’s more to know about Carrie:

1. When did her relationship with Boris begin? Boris and Carrie did not confirm their relationship until making their first public appearance together in June 2019. However, it’s rumored that they started seeing each other in 2018. Boris and his second wife, Marina Wheeler, announced their separation in Sept. 2018 and said that they had actually split “some time ago.” They reached a financial settlement in their divorce in Feb. 2020, which is when Boris and Carrie announced their engagement and pregnancy news .

2. Does she have any other kids? This baby is Carrie’s first child. However, Boris has four other children with Marina, who he married while she was pregnant with their first kid in 1993. Boris also has one other child outside of his marriages.

3. What does she do? Carrie is a public relations expert and an animal rights activist, who has worked for the charity, Oceana, since 2018. She previously served as the Head of Communications for the Conservative Party Headquarters in the United Kingdom. Carrie also worked on Boris’s campaign for re-election as mayor in 2012.

4. She testified in a sexual assault case. Carrie testified against taxi driver, John Worboys, who was convicted of multiple sexual assaults in 2009. She was 19 years old when she became one of his victims while he drove her home in his cab in 2007. Carrie was one of the 14 women to testify at John’s trial, and also campaigned against his early release from prison. He remained in prison, and n 2019, he received two life sentences after more accusations of attacks came forward.

5. Where did she go to school? Carrie attended the Godolphin and Latymer School in South West London from 1999 until 2006. She then went to the University of Warwick and completed her degree in art history and theatre studies in 2009.