Byron ‘Reckful’ Bernstein has passed away, according to multiple friends of the Twitch star, as well as the streaming platform. “We’re devastated to hear of Byron’s passing. Our hearts go out to his family, friends, and community. He was a streaming pioneer and helped propel the whole industry forward,” Twitch said in a statement, via Twitter on July 2.

Byron, who according to his Twitter resided in Austin, Texas, was 31. No other details about his death have been released. It’s unclear who Byron is survived by. One of Byron’s older brothers died by suicide when he was a child, according to the Daily Mail. HollywoodLife reached out to a contact in the bio of Byron’s Twitter account. Learn more about the late gamer, below:

1. Byron had nearly one million followers on Twitch. — Byron, also known as “Reckful,” was very well known on the streaming platform. He was the highest rated player in the game Warcraft, according to his Twitter bio. At the time of his death, Byron was far along in the creation of the game, Play Everland — A “social online world releasing in 2020, hoping to help people find friendship and a sense of community.”

2. He was open about his mental health struggles. — Byron was vocal about his longtime experience with depression. He spoke about the latter on his social media platforms (Instagram, Twitter, YouTube), and Twitch also recognized his openness about mental health.

“Byron was someone who talked about his struggles to help make from for others to do the same,” Twitch wrote in the same statement following Byron’s death. “As we process this loss, we have to recognize that the stigma around mental health and treatment often prevents people from seeking and getting the help they need.”

3. Byron revealed he was “no longer depressed” in January 2020. — “Reckful has been battling depression for 16 years… until now,” the description of a January 7, 2020 video (seen below) on the gamer’s YouTube read. “I am actually day-to-day happy,” Byron said in the video. “I’ve never felt this way in my life. I’m not saying it’s gonna last forever, but right now I’m happy,” he explained.

4. In the hours before his death, Byron proposed to his ex-girlfriend. — Before news of his passing, Byron shared a collection of photos to Twitter and asked his ex Becca to marry him. Though, he noted that he hadn’t seen her in six months. “I know I’ll always be a little too crazy… and this is proof… but at least you’ll never be bored will you marry me, Becca?” he tweeted.

“DO NOT make her feel pressured to say yes, I am completely insane here I have not seen her in 6 months,” Byron wrote. “The reason for the post is I know she’s the one I want forever, and I wanted her to know my commitment is real.”

Following the proposal, in a pair of separate tweets Byron added, “I feel bad for anyone who has to deal with my insanity.” He wrote, “Please just know in these situations the insane person does not feel in control of their actions,” he continued.

Becca addressed Byron’s proposal, following news of his death. “I didn’t see the proposal until it was too late but that doesn’t change the fact that I wasn’t able to be there for him,” she tweeted. “He was amazing. He taught me how to have fun, to experience more, and challenged me to try to be more than what I was,” Becca wrote about her ex. “He was larger than life, too big for this world.”

She continued, “He brought me to realize that I knew NOTHING about depression, NOTHING about mental health issues. I had this vague idea of what it was and embarrassingly thought that I could help with trivial bullsh-t.” 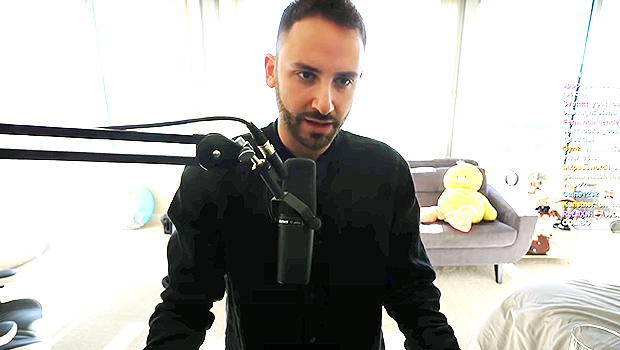 5. Byron took up photography as a hobby. — As noted in his Instagram bio, he loved to take photos.