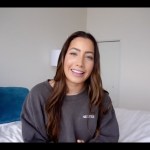 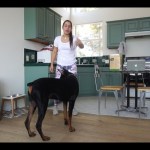 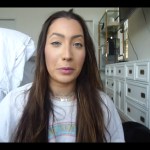 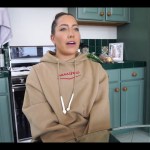 Brooke Houts outraged viewers after accidentally uploading footage of her shoving and hitting her Doberman pinscher, which PETA believes ‘warrants her removal’ from YouTube. Here’s what you should know about the controversial YouTuber.

UPDATE (8/8/19, 5:30 p.m. ET): In response to a video of YouTuber Brooke Houts hitting and yelling at her Doberman pinscher, the Los Angeles Police Department provided the following statement to HollywoodLife: “Our Animal Cruelty Task Force is aware of the incident and looking into the matter.”

ORIGINAL: Brooke Houts, 20, denied that she’s a dog or “animal abuser,” but many viewers called her just that after the YouTube star forgot to trim footage of her shoving, hitting and yelling at her Doberman pinscher, Sphinx, in a since-deleted video that went viral on Aug. 6. Viewers were horrified after witnessing the YouTuber attempt to gain control of her dog for a prank video called “plastic wrap prank on my doberman,” and Brooke followed YouTube protocol by releasing a lengthy apology statement in which she admitted she shouldn’t have gotten “as angry” as she did in the video, but claimed that her 75 lb. pooch was “in no way, shape, or form” hurt and was neither spat on, as viewers originally believed. That barely reduced the outage in viewers (including YouTube royalty Logan Paul).

PETA (People for the Ethical Treatment of Animals) disagreed with Brooke, as the non-profit EXCLUSIVELY told HollywoodLife, “Animals deserve our respect and kindness, not to be slapped, grabbed and spit on. The video of Brooke Houts abusing her dog is disturbing and warrants her removal from the platform, and PETA is urging YouTube to do just that.” Here’s what else you should know about the YouTuber who now has major damage control to do.

2. Brooke often films videos with her Doberman pinscher. The controversial video wasn’t Sphinx’s first cameo on Brooke’s channel, as he was also featured in five videos in the month leading up to the shocking footage. He can be seen in uploads like “a very honest video with my dobermann” and “things i wish i knew before becoming a young dog mom! (feat. my doberman puppy).” Brooke previously revealed that she welcomed Sphinx into her studio after turning 20 years old.

3. Brooke wants to be an actress. She has one acting credit in the television series Interracial for the episode “Fu**boy,” as seen on her IMDb page.