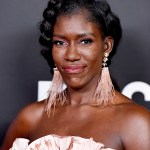 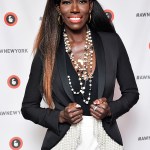 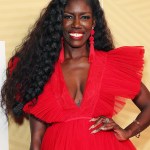 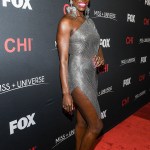 Businesswoman Bozoma Saint John is working with Kourtney Kardashian to amplify the voices of Black women! Here are five things you should know about her!

On June 9, Kourtney Kardashian made the decision to bolster the incredible work of Black women by partnering with Chief Marketing Officer of William Morris Endeavor Bozoma Saint John. In partnership with the initiative “Share The Mic Now,” Kourtney is handing over her Instagram to Bozoma “as she takes over my account. The intention of this campaign is to magnify Black women and the important work that they’re doing in order to catalyze the change that will only come when we truly hear each other’s voices.”

Bozoma first took over Kourt’s Instagram at roughly 4pm ET on June 10. Her initial post introduced herself to Kourt’s over 94 million of followers, along with a slow motion video of Bozoma twirling in a colorful dress. “I call myself [Badass Boz], but my father named me Bozoma — after his mother. My name can be loosely translated to mean Spirit or Goddess; originating from the Nzema and Fanti people of Ghana, and I’m proudly 1st generation American. Although I have many titles and descriptions, being BLACK is an identity that I hold with reverence.” Bozoma also urged Kourt’s followers to “be vigilant to ensure that the bias which goes unchecked, doesn’t become a static that we then hashtag,” referencing the deaths of George Floyd, Ahmaud Arbery, Breonna Taylor, and more. Here are five things you should know about Bozoma and her incredible work.

I call myself @badassboz, but my father named me Bozoma— after his mother. My name can be loosely translated to mean Spirit or Goddess; originating from the Nzema and Fanti people of Ghana, and I’m proudly 1st generation American. Although I have many titles and descriptions, being BLACK is an identity that I hold with reverence. My melanin skin which bounces off the sun and soaks in its rays fills me with joy… and sometimes can hurt with pain of carrying the weight of injustice that I face. I’ve walked through America’s largest corporate hallways and had a C-suite seat in its boardrooms, but although I sashay in my stilettos, I recognize that we are not all seen as equal. As we’ve seen the murders of Black people because of racism and police brutality, like Breonna Taylor, Ahmaud Arbery, and George Floyd, there are many other horrendous unseen acts committed every day. We must all be vigilant to ensure that the bias which goes unchecked, doesn’t become a static that we then hashtag. We must work together to HEAR those who cry out for the basic, human right to breathe and to matter.⁣⁣ ⁣⁣ 🎶 ⁣⁣ Hallelujah ⁣⁣ Hallelujah⁣⁣ ⁣⁣ She cries to the heavens above⁣⁣ There’s a stone in my heart ⁣⁣ She lives in a world she didn’t choose⁣⁣ And it hurts like brand new shoes…⁣⁣ ⁣⁣ -Sade from her song “Pearls”⁣⁣ ⁣⁣ Thank you, Kourtney for opening up your platform and having the courage to #ShareTheMicNow⁣ and s/o to my beautiful Black sisters who are doing the same all over IG today! Let’s ROAR!!!⁣ ⁣ #BlackLivesMatter

1) She’s the Chief Marketing Office of William Morris Endeavor, here’s what that means. Bozoma joined William Morris Endeavor in June 2018. The company focuses on brand representation and management, working in over 30 countries. In her role, Bozoma “focuses on driving marketing efforts across Endeavor’s growing portfolio, as well as its 160over90 advertising and marketing agency, which works with premium brands including Anheuser Busch InBev, Papa John’s, Marriott, Microsoft, T-Mobile, USAA and Visa,” according to her LinkedIn page.

3) She’s received accolades and honors from her industry. Bozoma is a highly decorated professional and has the hardware to prove it! In 2015, she was named one of Billboard‘s Top Women in Music, and the next year named emale Executive of the Year by the outlet. She was part of Forbes “40 Under 40” list in 2016, and has been named one of Ebony‘s “100 Most Powerful Executives.”

4) She attended a prestigious university! Bozoma earned her Bachelor of Arts degree in African American Studies and English at Wesleyan University in Middletown, CT. The university has only a 17% acceptance rate among applicants as of 2018, according to US News Best Colleges portfolio, making Bozoma, originally from Ghana, one of the select students to attend the private university between 1995-1999.

5) Bozoma is a widow. Bozoma was married to her husband, Peter Saint John, until his death in December 2013 after battling cancer. The couple had one daughter, Lael Saint John. Bozoma, who has over 250 thousand followers on Instagram, often posts photos with her daughter, celebrating major milestones like this past year’s Easter and fun mother-daughter moments like getting ready for the day!