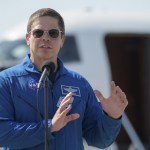 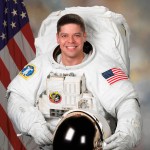 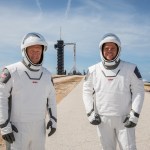 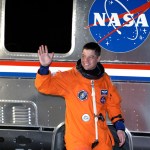 Ground Control to Major…Bob. SpaceX is about to send two NASA astronauts to the International Space Station, so get to know Robert ‘Bob’ Behnken, one of the men making history today.

For space aficionados, May 27, 2020, will be an epic day. It will mark the first time the United States has launched its own astronauts into space since the end of the Space Shuttle Program in 2011. It will also be the first time a private company — SpaceX, founded by Elon Musk — sends a crewed spacecraft into Earth’s orbit. The honor of this first US-based launch in nearly a decade goes to Douglas Hurley, 35, and Robert Behnken, 49. They are the two NASA astronauts who have been trained to pilot the Crew Dragon capsule, being propelled by the Falcon 9 rocket, to the International Space Station. If all goes well, this might usher in a new Space Age, one that inspires wonder and excitement at new scientific discoveries. Liftoff is scheduled for 4:30pm EST, so before the launch, here’s what you need to know about Robert Louis “Bob” Behnken.

1. “Major Bob” is actually a Colonel. And a Dr. So, he’s Dr. Bob. Born in St. Ann, Missouri, Bob grew up in Maryland Heights. He earned his Bachelor of Science degrees in Mechanical Engineering and Physics from Washington University in St. Louis, according to his NASA bio. He earned his Master of Science degree in Mechanical Engineering at Caltech and completed his Ph.D. in the subject in 1997. In between his undergrad and graduate careers, Bob was an Air Force ROTC student. He was assigned to enter Air Force active duty after grad school, working as a technical manager and developmental engineer, before attending the U.S. Air Force Test Pilot School. As a test pilot, he flew the F-22, F-15, and F16 aircraft. This proved he had the right stuff, and he was selected as an astronaut candidate by NASA in 2000.

2. Bob has been to space before. Bob and Doug’s experience is going to be essential for this flight, and both pilots have already crossed the threshold into the great unknown. In fact, Bob has been to space twice before. He was part of the 2008 STS-12 mission that delivered supplies to the International Space Station. Bob was also on the STS-130 mission to the ISS. On both trips, he took part in three spacewalks.

3. He has a lot in common with his co-pilot. Both Bob and Dough are former military pilots who reached the rank of colonel (Doug used to fly for the Marine Corps.) Both of them were accepted into NASA in 2000 on their first try. Both have been to space before this trip, and both are fathers to a young boy. These similarities — and their friendship — has helped out in this mission.

“One of the things that’s really helpful for us as a crew is the long relationship that Doug and I have had,” Bob said earlier in May, according to The New York Times. “We’re kind of at the point in our experience — whether it’s flying in the T-38 or executing in a SpaceX simulation or approaching and docking to the International Space Station — where we, in addition to finishing each other’s sentences, we can predict, you know, almost by body language, what the person’s opinion is or what they’re going to do, what their next action is going to be.”

4. He saw the stars in his wife’s eyes. Bob is married to K. Megan McArthur, a NASA astronaut, and oceanography. She also joined NASA in 2000. She was a member of the STS-125 mission to service the Hubble Space Telescope. She and Bob married in 2009, and they have a six-year-old son named Theo.

5. He might up in space for a long, time — sorta. If all goes as planned, Bob and Doug will fly 19-hours to the International Space Station. They’ll attempt a docking around 11:39 AM on Thursday (May 28) and join the onboard crew Chris Cassidy, Anatoli Ivanishin, and Ivan Vagner. After that, Bob and Doug will spend one to four months on the station, helping out with operations, before returning to Earth, with a splashdown in the Atlantic Ocean.