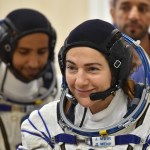 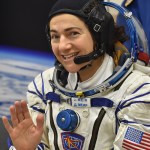 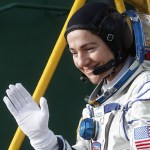 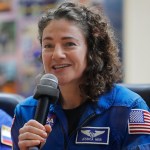 History made! NASA astronauts Christina Koch and Jessica Meir became the two first women to take part in the all-female spacewalk. Here’s what you need to know about Dr. Jessica Meir following this major milestone.

Jessica Meir, 42, has gone interstellar! The NASA astronaut embarked outside of the International Space Station on Oct. 18 with her fellow crew member Christina Koch, 40. The two women have made history as the first two astronauts to take part in NASA’s first all-female spacewalk. But there is so much more to these two women than the major milestone they are making outside of Earth’s orbit. Here are five things you need to know about Jessica Meir before the pair come back down to Earth from their incredible journey.

1) Her journey outside of the International Space Station was part of an important mission. While there’s no denying Jessica and her fellow crew member, Christina, are making history in their space walk, the pair are journeying outside of the station for a specific purpose. Jessica and Christina have been tasked to fix a broken part of the station’s solar power network. While the time constraint on this specific mission may not be as strenuous, the moment they are sharing is monumental and out of this world!

2) Jessica always had an interest in space. The astronaut’s education background is extremely impressive and shows just how much Jessica was dedicated to exploring, discovering and studying what lies beyond Earth’s orbit. After graduating from Caribou High School in Maine, Jessica earned her Bachelor of Arts degree in Biology from Brown University in 1999. She then went on to earn a Master of Science degree in Space Studies from International Space University in 2000. What’s more, she also earned a Doctorate in Marine Biology (diving physiology) from Scripps Institution of Oceanography (UCSD) in 2009.

3) She’s been to other cold places besides space. During her Ph.D. research, Jessica studied the diving physiology of marine mammals and birds. Her main subjects were emperor penguins and elephant seals, studying how their oxygen depletion in the wild. For her research, Jessica traveled to the Antarctic. Later in her career, Jessica traveled back to the extreme conditions, taking part in the Smithsonian Institutions diving expeditions.

LIVE NOW: Tune in to watch the first #AllWomanSpacewalk in human history! 👩🏻‍🚀

Starting at approximately 7:50am ET, @Astro_Christina & @Astro_Jessica venture into the vacuum of space to replace a failed power controller. Watch: https://t.co/2SIb9YXlRh

5) She’s been with NASA since 2000. Jessica began her work with NASA in 2000. Between the years of 2000 to 2003, Jessica worked for Lockheed Martin’s Human Research Facility, offering her support to the teams studying physiology research on the space shuttle and International Space Station. Ten years later, however, Jessica was selected in June 2013 to be one of the eight members of the 21st NASA astronaut class. Following her candidacy, Jessica underwent a ton of intensive training and technical briefings to ready for her time in space and on the International Space Station.