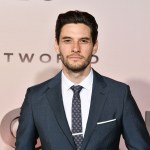 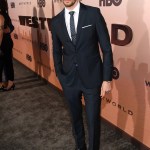 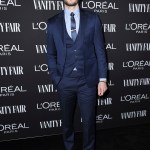 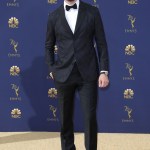 On April 16, Julianne Hough was spotted with Ben Barnes taking a stroll through Los Angeles and getting some fresh air out of quarantine. Here are five things you need to know about the accomplished ‘Westworld’ alum!

While her husband Brooks Laich, 36, is practicing social distancing in Idaho, Julianne Hough, 31, is in good company with her long-time pal Ben Barnes, 38. The pair were spotted out and about Thursday, April 16, taking a break from the confines of Julianne’s home to get some fresh air in her LA neighborhood. But while some fans may have speculated the nature of Ben and Julianne’s relationship, the pair have actually been good friends and floated in the same social circle for a number of years! Here are five things you need to know about Ben Barnes.

1) He’s an accomplished actor. Ben’s filmography has quite a few titles that may be familiar. The actor got his big break in 2008 when he earned the role of Prince Caspian in the film The Chronicles of Narnia: Prince Caspian. He went on to reprise the role in the third and final installment of The Chronicles of Narnia series in 2010’s The Chronicles of Narnia: The Voyage of the Dawn Treader. After roles in films like The Big Wedding, Jackie & Ryan and Seventh Son, Ben played the deceptive and cruel Logan on the Emmy-winning HBO series Westworld. After his stint on the show, which ended in 2018, he played Billy Ruosso in Netflix’s The Punisher.

2) Ben and Julianne have been friends for quite some time. The two have been pals for a number of years and Julianne has even appeared on Ben’s Instagram page from time to time! In June 2017, Ben posted a picture with Julianne and her equally talented and famous brother, Derek Hough, backstage after their Move Live On Tour show. “Those Houghs sure know how to put on a show! Thanks @juleshough & @derekhough for an amazing treat @moveliveontour #dance (I can’t!),” he captioned the image. Ben and Julianne often bump into one another at awards shows, and various Hollywood events!

Those Houghs sure know how to put on a show! Thanks @juleshough & @derekhough for an amazing treat @moveliveontour #dance (I can't!)

3) He’s not a bad singer, either! While the actor already boasts an accomplished and eclectic filmography, Ben is also quite a talented singer. On Christmas Day 2016, Ben took to his Instagram and played “Have Yourself A Merry Little Christmas” to the delight of his many fans! More recently, Ben posted a video of himself singing Queen’s iconic tune “Somebody To Love.” Along with playing the piano, Ben can also play the drums.

4) He has also appeared on stage. Although he’s best known for his screen credits, Ben has starred in a number of stage productions, as well. The actor has played roles in shows like Sex, Chips & Rock n’ Roll with The Royal Exchange Theatre Company, The History Boys with Wyndham’s Theater, and Birdsong with Comedy Theater.

5) Ben is British. Ben was born on August 20, 1981 in London. He attended Kingston University and studied English literature and drama. He earned a BA with honors in 2004.