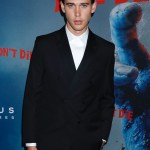 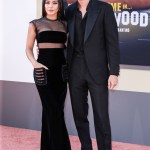 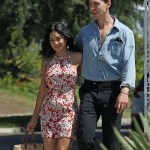 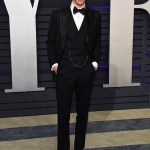 Fans are in mourning over reports that Austin Butler and Vanessa Hudgens called it quits after nine years together. Here’s everything you should know about the alleged breakup, and Austin himself.

Another longtime Hollywood romance is over. Austin Butler and Vanessa Hudgens, who have been together since September 2011, allegedly broke up after weeks of split rumors, according to a new report. The couple, who are usually attached at the hip, seemed to spend the holidays apart; Vanessa documented a fun, snowy trip to Vals, Switzerland on Instagram and showed off her glitzy New Year’s Eve outfit — with no sign of Austin in sight. Austin also wasn’t mentioned on social media during Vanessa’s birthday festivities, on December 13. In fact, the last time she mentioned him was on Halloween, when she posted a spooky photo of themselves with their dog, Darla. So, while we grieve what could have been, here’s what you should know about the relationship, and Austin:

1. Austin and Vanessa met on the set of High School Musical in 2005. The duo didn’t start dating until 2011, though, months after she broke up with Zac Efron. The pair made their relationship status official in 2012 by kissing at a Knicks game. While they were seen sharing PDA frequently, it wasn’t until 2014 that Vanessa called Austin “the love of my life” on Instagram. “Happy birthday to the man with the kindest heart, beautiful soul, crazy talent and best looks I’ve ever seen,” she sweetly posted.

2. He’s playing Elvis Presley in The King’s upcoming biopic. To portray Elvis, one must fill some big shoes. But Austin’s the man for the job. Director Baz Luhrmann was on the hunt for months to find the perfect star to portray the king of rock n’ roll, and Austin officially inked the deal in July 2019. The untitled film follows a “seminal legend’s growth from dirt poor singer to global icon, seen through the prism of his complex relationship over two decades with manager Colonel Tom Parker,” our sister site, Deadline reports. Stars like Ansel Elgort, Miles Teller, G-Eazy and Harry Styles were in talks for the role, opposite Tom Hanks as Parker.

3. He starred in a number of of well-known television shows as a kid. Does Austin look familiar, but you can’t exactly place him? He basically starred in all your favorite shows from your childhood, including Ned’s Declassified School Survival Guide, Ruby & The Rockits, Hannah Montana, Jonas, and Zoey 101. He went on to star in a ton of teen shows, too. Count The Carrie Diaries, Life Unexpected, The Shannara Chronicles, and Switched at Birth among his credits. More recently, he landed roles in huge films like Once Upon A Time… In Hollywood, and The Dead Don’t Die.

4. He’s a gifted musician. When he’s not acting, Austin’s at home making music. Austin told Portrait Magazine in 2008 that he likes to “play the guitar and piano, and I love recording, and creating music of all kinds.” He said that creating and listening to music helped him clear his head after long days on set.

5. He got a fortuitous start in entertainment. At the age of 13, he was approached at a County Fair by a representative of a background-acting management company, which kick-started his career. He loved acting so much that he soon started taking acting classes.