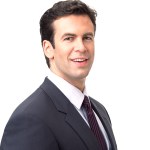 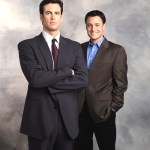 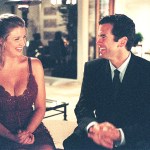 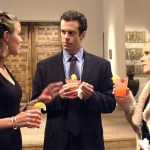 ABC is taking it back to where it all started. The July 6 edition of ‘The Bachelor: Greatest Seasons — Ever!’ will focus on Alex Michel, the first star of ‘The Bachelor.’ Get up to speed on all things Alex!

Trista has become a beloved member of Bachelor Nation since her season, but what happened to Alex? Since his season of The Bachelor, Alex has stepped away from the spotlight. HollywoodLife has rounded up 5 key things to know about his season and where he is today.

1. Alex kicked off The Bachelor franchise. Alex was the first-ever star of The Bachelor. The series debuted in 2002 with Chris Harrison as the host. Alex looked for love in 25 women over the course of the season.

2. He split from his final pick soon after his season ended. At the end of his season, Alex gave his final rose to Amanda Marsh. He didn’t propose to her on the show, but they continued to date after the show was over. After several months of dating, Alex and Amanda split up.

3. He went to Harvard! Alex graduated with honors from Harvard College. He later earned his MBA at Stanford University’s Graduate School of Business.

4. Alex is now a digital media executive. Alex is now a managing director for Generation Consulting in Washington D.C., according to his LinkedIn profile. He also had jobs in New York City, London, and San Francisco over the years.

5. One of Alex’s ladies ended up becoming The Bachelorette! Trista Sutter was the runner-up of Alex’s season. She was selected as Bachelor Nation’s first-ever Bachelorette. Her season premiered in 2003. She gave her final rose to Ryan Sutter, and they were married in 2003. They now have two children together.