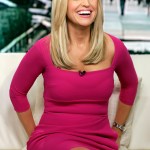 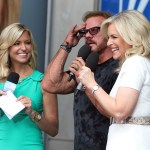 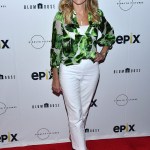 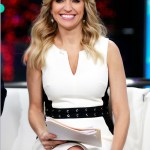 Has love bloomed over at Fox News? Sean Hannity and Ainsley Earhardt have reportedly been in a relationship ‘for months,’ so here’s what you need to know about the ‘Fox & Friends’ host.

Sean Hannity, 58, and Ainsley Earhardt, 43, two of Fox News’ biggest stars, have been dating “for quite some time,” according to Vanity Fair. Dubbed “the first couple of Fox News” by the June 11 report, Vanity Fair claims that the two conservative commentators are an item, with an unnamed Fox staffer alleging that Ainsley, in this time of coronavirus, has been hosting Fox & Friends from a remote studio in the basement of Sean’s Long Island Mansion.

These rumored right-wing sweethearts “aren’t acknowledging their relationship to colleagues,” according to Vanity Fair, and they both denied the report. “I do not discuss my personal life in public,” Hannity, through a Fox News spokesperson, told the publication. Ainsley, through a Fox News spokesperson, said the same: “Right now I am focused on raising my daughter. As anyone at Fox News will tell you, Sean is a wonderful person and whomever he chooses to date will be extremely fortunate.” In a follow-up statement, she added, “I am not dating anyone.” So, who is Ainsley?

1. She’s a Carolina native… Ainsley was born in South Carolina but raised in North Carolina. She first attended Florida State University for biology but transferred to the University of South Carolina. Before graduating with a degree in journalism, she began work at a local CBS station in Columbia, South Carolina. From 2000 to 2004, she worked as the morning and noon anchor.

2. …but part of her heart belongs to Texas. In 2005, Ainsley relocated to San Antonio, Texas, to join KENS’ Eyewitness News This Morning and Eyewitness News at Noon. “My cousins were in Fort Worth and Houston. I loved visiting them and always wanted to live in Texas,” she said to MySA of the San Antonio Express-News. “In addition, it was time for a new challenge, time to leave the nest and fly. So, I packed my bags and headed for the great state of Texas.”

Two years later, she got a job with Fox News. “I flew to New York for my interview in September and finalized the deal a few months later,” she said. “I was heartbroken to leave San Antonio because the community had embraced me, my boss was a really good friend and mentor and I loved my dear friends in Texas. But, I had worked hard to get to the number one market and didn’t feel I could turn it down.”

3. She’s a conservative. This should be no surprise, considering her employer. Ainsley’s political views are, according to a 2018 profile in Elle, “deeply informed by her faith.” She’s considered an ardent supporter of President Donald Trump, but her friends and supporters paint her as being more “balanced” than the other hard-line right-wingers on the channel.

“Just because I don’t agree doesn’t mean I don’t care about you and I can’t see your side,” she told Elle. “It does weigh on me, that one side wants to destroy the other so much,” she said, adding “I feel like the left wants to destroy Fox News.” When asked if she thinks Fox News wants to destroy the left, she says, “I don’t feel I do. I think that makes America wonderful, that we have different opinions.”

4. She was previously married. Ainsley was married to Kevin McKinney from 2005 to 2009, according to People. In 2012, she married Will Proctor. The couple separated in 2018 and finalized their divorce in 2019. They also share a 4-year-old daughter, Hayden.

“No one walks down the aisle with the intention of divorce,” she told mySA. “It’s a very sad loss and takes time to move forward. But, the sun shines again one day and you start to feel hopeful and thankful eventually. Through it all, I felt the strength of God and had the support of family and friends. But, there were hard days. However, I refuse to live in regret. The ups and downs in life have made me stronger and the woman I am today. And, more importantly, my marriage eventually made me a mother. I have a beautiful daughter and for that, I am forever grateful to my ex-husband. Will and I wish each other nothing but the best.”

5. She’s also a published author. Ainsley has written two children’s books – Take Heart, My Child and Through Your Eyes. She’s also written a memoir, titled The Light Within Me.