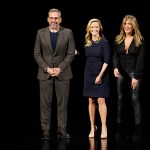 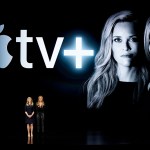 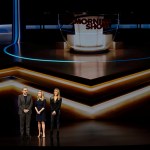 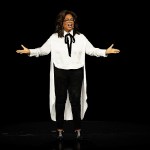 Introducing the iPhone 11! The new smartphone was unveiled at the 2019 Apple Event, and it’s going to be your new obsession — especially if you love using your phone to take pics.

Apple isn’t playing around when it comes to their latest smartphone. The brand announced their highly anticipated iPhone 11 at the 2019 Apple Event on September 10, and it makes the iPhone 10 look like a toddler’s plastic toy. Apple CEO Tim Cook, 58, looked pleased as punch while unveiling the latest coveted gadget to the audience in Cupertino, California. The phone comes in different, pastel colors, much like the beloved iPod Mini of years past. It features the toughest glass of any smartphone ever, making it harder to break despite the bigger screen.

One of the most exciting aspects of the new phone is its two cameras, including an ultra wide lens. That allows users to take epic landscape shots, and is great for tight spaces where you don’t have room to back up. Even better: the camera also has night mode technology, making it possible to snap pics when it’s dark without the images turning out shadowy and blurry. Video capabilities have improved to cinematic levels, too. Selfie queens, there’s a slo-mo option, too, to make your videos ultra glamorous. The new iPhone 11 costs $699. But wait — there’s more! Apple also unveiled the iPhone 11 Pro, which features three cameras: telephoto, wide, and ultra wide. It also has a longer battery life and faster charging cable. The phone costs $999 or $1099 depending on upgrades. All three iPhone 11 models are available for preorder on September 13.

It wasn’t all about the iPhone 11 at the 2019 Apple Event, though. First up was the new Apple Arcade, which allows users to play directly from the App Store. There are plenty of awesome games to be played in Apple Arcade, too, like an update on the classic video game Frogger. Apple Arcade is available starting September 19, and costs $4.95 a month. They also touched on the upcoming Apple TV+ streaming service, and its shows For All Mankind, Dickinson, and The Morning Show, starring Reese Witherspoon and Jennifer Aniston.

They then premiered the trailer for the drama See, starring Jason Momoa in a post-apocalyptic world where humans have lost their sense of sight. Apple TV+ will be available starting November 1, and will cost $4.99 a month. And if you buy an iPhone, iPad, Mac or Apple TV, you get an entire year for free! Apple also unveiled an updated Apple Pencil, iPad OS, and the iPad 7, which Tim described as a “magical piece of glass.” And that piece of glass will cost you $329.

The Apple Watch presentation’s message is basically that if you don’t buy the new Apple Watch, you’ll die. Joking, but it’s focused on the health benefits of the gadget and features testimonials by users who say that it saved their lives. Just try not to have a heart attack if you’re not wearing an Apple Watch, okay? The Apple Watch 5 features fancy new bands from brands like Nike, and has an “always on” display, meaning you don’t have to tap the screen to turn it on. It costs $199.