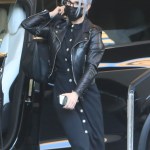 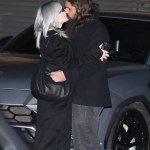 Kelly Osbourne and Abby Lee Miller both had it. But what is a gastric sleeve operation and how does it help you to lose weight? Top surgeon Dr. Michael Russo breaks it down for us.

Kelly Osbourne, 35, isn’t too shy to admit that going under the knife helped her to lose weight. During an Aug. 20 episode of the Hollywood Raw podcast the Brit confessed that she’d had gastric sleeve surgery.

Days after revealing on Instagram that she’d ditched 85 pounds she spoke openly about the procedure. “I did it. I’m proud of it…” Kelly said.

“All it does is change the shape of your stomach,” she went on to explain, confessing that she had the operation “almost two years ago.” “I will never ever lie about it, ever. It is the best thing I have ever done.”

It’s that type of candor that makes top weight loss surgeon Dr. Michael Russo cheer. “The worst thing that a successful bariatric surgery patient can do is deny they ever had bariatric surgery, or claim they achieved their new normal weight with diet and exercise alone,” he tells HollywoodLife EXCLUSIVELY.

Dr. Russo, who performed former Dance Moms star Abby Lee Miller’s gastric sleeve surgery, argues that the surgery is a “very underutilized tool.” “A big reason for that is because of certain social stigmas,” he says. “People think that bariatric surgery is cheating, which is not the case. [They] think [it’s] dangerous, which is not the case.” Instead, here are five facts about the gastric sleeve surgery that you may not know:

1. It involves removing 80 percent of your stomach via “little incisions the size of a buttonhole,” Dr. Russo says. “You go into the abdomen, find the stomach, which is a big floppy sack about the size of a football or a 2 liter bottle. Then [with] the sleeve gastrectomy, you remove about 80 percent of the stomach, leaving [it] the size and shape of a small banana.”

2. The surgery is a quick procedure. “[It] typically takes about 30 minutes in an experienced surgeon’s hands,” says Dr. Russo, who charges his patients $15,000 for the operation.

3. It’s less dangerous than removing your gallbladder. Dr. Russo also performs the more invasive gastric bypass surgery, which involves “rerouting your intestines.” But he prefers the gastric sleeve. “It’s a safer operation, more well tolerated,” he says. “It’s actually five times safer than getting your gallbladder taken out when it comes to serious complication or death,” he adds. (According to a 2012 American Society for Metabolic and Bariatric Surgery article, the mortality and complication rate is “lower than those typically associated with gallbladder or hip replacement surgery.”)

4. It helps to regulate the hunger hormone that makes obese people want to overeat. According to Dr. Russo, carrying excess weight isn’t just about eating too much and moving too little. “What we understand in the disease obesity is that it’s a hormonally mediated process,” he says. “When you take someone who has a genetic predisposition and you introduce the Western diet, which is typically higher in carbohydrates, it can dysregulate some people’s hormonal metabolism. So the internal thermostat that controls your body weight set point can become dysregulated. They could feel hungrier. They could feel less full with a meal and essentially that thermostat gets turned up. Other people do not have the genetic predisposition… If people get to the point where they are morbidly obese, they have that hormonal dysregulation and purely dieting alone does not reset them on a hormonal level. The only treatment that is effective in setting this hormonal point is bariatric surgery.”

“There’s good research to show that someone that’s morbidly obese has an increased amount of ghrelin, which is the hunger hormone that circulates in your blood,” Dr. Russo adds. After weight loss surgery he says that hormone “goes back down to normal or subnormal levels so that the body starts working with you instead of against you.” “It doesn’t resist you [losing] weight,” he says. “It actively is open to having that weight set point reset.”

5. The overall success rate is high “in general,” according to the surgeon. “[If] you define success as maintenance of greater than 50 percent of your excess weight loss, within a year out after surgery, success rates are in the 80s to 90 percent and then it slowly tappers off,” Dr. Russo says.

As for Kelly, she admitted during her Hollywood Raw interview that the gastric sleeve is no “quick fix.” The TV star, who has battled alcoholism, said she had “a year of stand-alone therapy” ahead of the surgery. “It’s a push in the right direction,” she said. “It doesn’t solve all your problems.”