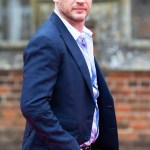 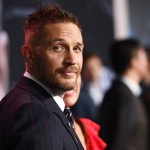 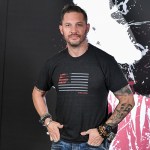 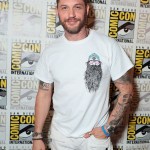 Tom Hardy is an English actor and producer best known for his roles in Peaky Blinders, Venom, and more. What might not be common knowledge is the fact that the notoriously private star, 44, is also a father to three children. He shares his oldest child Louis Thomas Hardy, 13, with ex Rachael Speed, and two young children — whose names and genders he has never publicly confirmed! — with wife Charlotte Riley.

The couple, who wed in 2014 after meeting on set of a 2009 TV adaptation of Wuthering Heights, rarely speak of their children with the public. Much of the knowledge surrounding the actor’s children are heavily based on reports. Below is what we could gather about Tom’s three children.

Tom’s eldest child Louis was born in 2008. The actor shares the 13-year-old with ex girlfriend Rachael, a casting director. The duo reportedly met on the set of Tom’s 2005 historical miniseries The Virgin Queen in 2005, but split in 2009 after welcoming their son the year prior. In an interview with Entertainment Tonight in 2018, Tom revealed that his son played a pivotal job in his preparation process for his role as anti-hero Venom.

“He was pretty much in the driving seat for most of it, and I did use him as my anthology and mythology wizard,” Tom said. “He told me what I was doing wrong and I was doing more things wrong than I was doing right because children are deeply honest. He was my little spirit guide in that aspect. So as far as I’m concerned, I passed his [test], and that’s the best I could do.”

Tom and Charlotte welcomed their first child together in 2015. The private couple have not publicly confirmed the name and gender of the 5-year-old, but various outlets have reported that the couple welcomed a baby girl. In an interview with Esquire in May 2016, Tom opened up about his first child, revealing that the first few days of his newborn’s life had been rough on his schedule. “If anyone else did that to you, you’d have them up at the Hague for war crimes,” he joked about the sleep deprivation.

Tom and Charlotte welcomed their second child together in 2019. As was the case with their first child, the couple never publicly confirmed the baby’s name or gender, but various outlets reported that the duo welcomed a baby boy. The Sun reported at the time that Tom and Charlotte named the baby boy Forrest after Tom Hanks‘ Forrest Gump character from the 1994 film. A source told the outlet that the baby boy looked like the spitting image of his father. “The couple are over the moon with the new addition to the family,” the source said. “Friends are already saying that the baby boy looks exactly like Tom.”

The actor might be private when it comes to details about his three children, but it’s clear he’s a loving father. During a recent interview with Esquire UK in August 2021, Tom reflected on how the COVID-19 pandemic had shifted his priorities, explaining that his children remain more of his focus these days. “I think there’s less reason to work, ultimately, because the life-drive is to be with the kids and to be fit and healthy and eat well and stuff,” he said. “If you’ve got a roof over your head and a bed underneath you and food in the fridge, how much is enough? Because it’s not a dress rehearsal, life, is it? It’s going out live. This is one-time.”