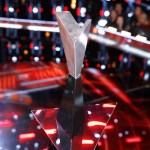 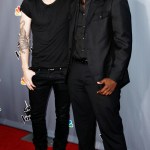 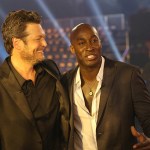 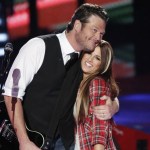 ‘The Voice’ season 20 is here! The show is celebrating its 10th anniversary with its milestone 20th season. Take a look at the winners from the very first season all the way up to season 19.

The Voice is finally back! Season 20 premieres March 1 with Blake Shelton, Kelly Clarkson, John Legend, and Nick Jonas ready to turn some hopeful singers into the next big thing. It’s hard to believe it’s been 10 years since The Voice premiered. Over the course of the latest installment, contestants will be guided by the four coaches and one lucky talent will be crowned the new winner! The Voice became a major fan favorite when it first debuted in April 2011, crowning Javier Colon the very first winner with coach Adam Levine by his side. With two studio albums to his name since his win, Javier is just one of the 19 winners who have gone on to pave their way in the music industry. Before the premiere of the new season, we’re looking back on the other winners and what they’re up to now!

Season 19 ended with Carter Rubin being crowned the new winner of The Voice with coach Gwen Stefani. Carter made history as the youngest male winner of the show at just 15 years old. When HollywoodLife spoke EXCLUSIVELY with Carter after his big win, he revealed that he was already thinking about “possible albums.” He added, “I have a few songs I am working on, and I do want to get in the studio one day and record them. Once COVID is over, I want to perform to a live audience.” He also revealed he has dreams of acting in the future.

“If I was on Broadway, I would not complain. I definitely love theater and acting in general. I would love to be in a film one day. That would be a huge dream of mine,” Carter told HollywoodLife.

Team Blake’s Todd Tilghman was the show’s season 18 champion. He was announced as the winner virtually in 2020 due to the COVID-19 pandemic. Todd recently dropped his new single “In A Heartache” on Valentine’s Day.

Season 17 winner Jake Hoot still has a lot of time to cultivate his success since winning season 17 of The Voice. The crooner won with the help of his coach, Kelly, and since then has been ready to hit the ground running and working on his own music. He just released his new single “I Would’ve Loved You” featuring Kelly! They dropped their music video for the song in Feb. 2021. Jake also released his EP, Love Out Of Time, in Jan. 2021.

It’s incredible to see just how drastically the lives of these winners have changed! From working in obscurity and keeping their hope alive to skyrocketing to fame, we cannot wait to see what else is in store for these champions! But there are so many more where these aforementioned talents came from. To see what other winners are up to, click through the gallery above!