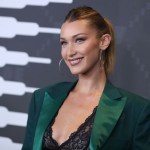 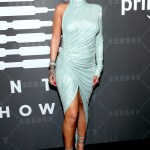 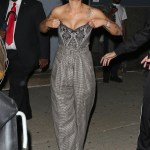 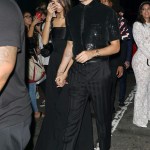 Before watching the epic Savage X Fenty show on Amazon Prime, take a look back at all the killer looks from the show’s red carpet and after-party.

The Savage X Fenty show will premiere on Amazon Prime Video today, Sept. 20, and we can’t wait to see the likes of Bella Hadid, Cara Delevingne, Gigi Hadid, Normani and more stars strut their stuff on the runway. But before diving into the special, which showcases the second-ever Savage X Fenty show, we’re looking back at some of the amazing looks worn off the runway during the show’s red carpet and after-party.

Based on the amazing red carpet and after-party looks, this show is about to be EPIC. It will feature appearances by the Hadid sisters, Cara, Normani, 21 Savage, Laverne Cox, Alek Wek, Aquaria, Christian Combs, Joan Smalls, and Paloma Elsesser.

To elevate the show even further, Rihanna enlisted talent like Halsey, Migos, DJ Khaled, A$AP Ferg, Fat Joe, Fabolous, and Tierra Whack for performances. The special was filmed in New York City earlier this month and will be available to stream exclusively on Amazon Prime Video in more than 200 countries and territories worldwide.

But it’s not just a look at the epic fashion show. It will also feature an exclusive behind-the-scenes look at the making of the show. The launch of the special coincides with the lingerie line’s new Fall/Winter 2019 collection becoming available on Amazon Fashion. So take a look at some of the hottest red carpet and after-party moments before diving into the special and filling your Amazon cart with RiRi’s sexy lingerie pieces. Happy Friday!