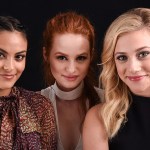 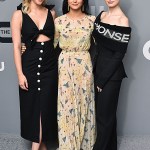 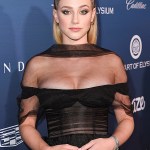 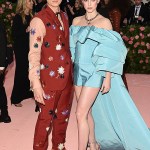 In honor of the season three finale of ‘Riverdale,’ we’ve rounded up some of the sexiest photos of Lili Reinhart, Camila Mendes and their cast mates.

The season three finale of Riverdale premieres on the CW tonight, May 15, at 8 p.m. EST. That doesn’t give us much time to prepare for all the drama that’s about to go down – or for the long hiatus before season four premieres. If you’re looking for more Riverdale content, we get it, which is why we’ve rounded up some of the hottest photos of the cast.

Lili Reinhart and Camila Mendes are always impressing us with their impeccable fashion, but since they’re both dating a costar from the show (Lili’s dating Cole Sprouse and Camila’s dating Charles Melton), they each tend to provide multiple photo-ops with their significant others, pleasing Riverdale fans everywhere. Earlier this month both actresses attended the Met Gala and wore fun looks for the theme of “Camp: Notes on Fashion.” They also both showed up with their boyfriends, who were each dressed in funky suits.

But Lili and Camila aren’t the only cast members we can’t get enough of. Madelaine Petsch, who also stunned at her first Met Gala on May 6, always looks incredible. She also kills it on the beauty front. In a Feb. 2018 interview, she explained to HollywoodLife EXCLUSIVELY how she takes care of her combination skin.

“I keep it pretty simple,” Madelaine told HL. “I wash my face with the Bioré Baking Soda Acne Cleansing Foam, which is their newest product. I’ve tried all of Bioré’s products and that was the one I loved the most. It smells like citrus, which I love in the morning. It gives you that burst of energy. I do that and I go to set and they slather makeup all over my face for 8 hours, or 16 or however long it takes and then I go home and triple cleanse with the same stuff. If I’m on set, I always triple cleanse. I’m paranoid about having makeup trapped in my skin. I’m convinced for years, I let makeup get trapped in my skin.”