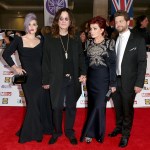 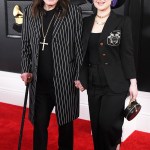 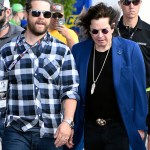 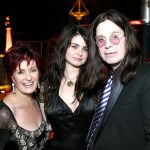 The ‘Prince Of Darkness’ is one proud papa. Ozzy Osbourne is the father of six children, and while fans of ‘The Osbournes’ might know Jack and Kelly, here’s the scoop on the rest.

Anyone who has tuned into The Osbournes in the early 2000s or has followed the family since then knows that Ozzy Osbourne and Sharon Osbourne have two children named Jack and Kelly. Certain fans may even know that Ozzy and Sharon have a third child together, a daughter named Aimee, who opted out of the reality-television series. However, it might not be common knowledge that Ozzy had a life – and a family – before he wed Sharon in 1982. A decade earlier, Ozzy met Thelma Riley at a nightclub called The Rum Runner, where she worked at the time, per Distractify. The couple married in 1971, and a year later, they welcomed their daughter, Jessica Osbourne.

Three years after Jessica’s birth, Ozzy and Thelma’s family grew when she gave birth to their son, Louis. Jessica had a son, Elliot, from a previous relationship, and Ozzy adopted him. Unfortunately for everyone involved, there wouldn’t be a storybook ending for this family. “Shortly after I became successful with Black Sabbath, I met Thelma in a nightclub,” Ozzy said in an A&R biography. “Then we got married, and we had two children, Jessica and Louis. We bought a house for 20,000 pounds. I thought, ‘I have arrived.’ Not realizing it was a giant mirage. Something ain’t feeling right.”

Ozzy was heavily into drugs and alcohol at this point. “I thought money would buy everything, would fix everything,” he said in the biography, “but money would buy the alcohol and the drugs, and I behaved f-cking badly. The way I treated Thelma, it was wrong. I treated her really badly and the kids, two children. I was a very selfish, self-centered, egotistical guy, and I f-cked around from day one, and that ain’t cool. And my wife just had enough.” It all came to a head in 1982. Three years after Black Sabbath fired him for substance use issues, Ozzy and Thelma divorced.w 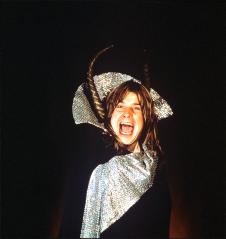 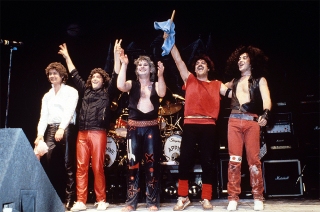 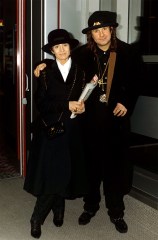 Since then, Ozzy has gone on to become a successful solo artist. He and Sharon have built a home – though it hasn’t always been a happy one – and they started a family of their own. So, who exactly are all of Ozzy’s kids?

Jessica Osbourne was born in 1972. Viewers of The Osbournes learned of her during the episode “Smells Like Teen Spirit,” per The Sun. Ozzy revealed the news that she had given birth to a baby girl, making him a grandfather for the first time.

She is reportedly a mother of three and has had a career in the film and television industry. She’s worked in front of the camera, appearing in Better Call Saul, Romeo & Juliet Vs. The Living Dead, and Manhattan. She has also worked behind the camera as a director, a key makeup artist, and a costume supervisor on various projects. She has also reportedly worked as a makeup designer in Hollywood.

Sadly, Ozzy wasn’t a huge presence in Jessica’s life. “I don’t remember being put to bed or having a bath by dad or anything like that,” she said in a 2011 documentary, God Bless Ozzy Osbourne. “I wouldn’t say he was there for us, no, never on sports day, school trip, parents’ evening. He wasn’t like that, no.”

Louis Osbourne was born in 1975, and like his older sister, he said that Ozzy wasn’t much of a father. In God Bless Ozzy Osbourne, Louis said that when Ozzy “was around and he wasn’t [drunk], he was a great father. But that was kind of seldom, really. I just have a lot of memories of him being drunk, random sh-t like driving cars across fields and crashing them in the middle of the night and stuff like that. It’s not good for family life, really.” Louis said he was always angry that his dad couldn’t remember his birthday. “It was all I wanted, but he just couldn’t remember that.”

Despite this anger, Louis and Ozzy patched things up, to where Sharon said he was “a big part of our family” during a Christmas episode of The Osbournes. Louis currently lives in the U.K. Despite the distance, he still gets on well with his family. “I don’t travel half as much as I used to, and they are in America,” he said, per The Sun. “There is more chance of us seeing each other in a random New York hotel than us all getting round a table for a Sunday lunch. We meet on special occasions. Dad usually calls on a Sunday afternoon for a catch up, and when he comes over to the U.K., we take the kids down (to his home in Buckinghamshire). Dad is great, very much a doting grandad.”

Louis worked as a D.J. in the 1990s, playing gigs in Ibiza and across America. He now lives a quiet life with his wife, Louise, and their kids.

Not much is known about Elliot Kingsley, Thelma’s son from a previous relationship. When she and Ozzy wed, the Black Sabbath singer adopted him. Like Aimee, Elliot didn’t appear on The Osbournes, and Ozzy didn’t reference him. He’s an actor, according to a handful of reports.

Ozzy and Sharon married on July 4, 1982. On September 2, 1983, they welcomed Aimee Rachel Osbourne, their first daughter, and eldest child. Aimee grew up while Ozzy was making a name for himself as a solo artist, which seemingly affected her. “My parents always said I was a real old soul, even as a baby,” she said in a 2020 interview with SiriusXM Volume/Yahoo Music. “They say that I would look at them very disconcertingly, kind of like, ‘Um, you two need to get it together.’ Like, I had these very serious expressions on my face.”

Aimee famously opted not to become famous via The Osbournes. “I moved out because it was just a bit too chaotic for me,” she told SiriusXM Volume/Yahoo Music when discussing her decision not to be involved in the show. “Reality T.V. shows at that point weren’t really like they are now; it was all very new and uncharted territory, so there was a hell of a lot of chaos around. … It was definitely challenging and kind of scary at the time. But it was never something that I ever regretted not doing.” Aimee has since done some acting and fronts the band ARO.

Kelly Michelle Lee Osbourne was born on October 27, 1984. She arguably was the star of The Osbournes, almost outshining her foul-mouthed father and iron-willed mother. In November 2002, she released her debut album, Shit Up, which contained a cover of Madonna’s “Papa Don’t Preach.” The song reached No. 74 on the U.S. Billboard Hot 100, and No. 2 on the U.K. Singles Charts. Her cover of Black Sabbath’s “Changes” hit No. 1 in the U.K., but she failed to replicate that success with 2005’s Sleeping in the Nothing. She put her music career behind her and focused on fashion and hosting. She appeared on Project Catwalk on Sky1, I’m a Celebrity…Get Me Out of Here! NOW!, and others. She joined E! ‘s Fashion Police as a correspondent in 2010 but left in 2015 following co-host Giuliana Rancic’s comments on Zendaya’s dreadlocks. She’s since appeared on a handful of shows, and in 2021, she and Jeff Beacher launched a podcast, The Kelly Osbourne and Jeff Beacher Show.

Like her father, Kelly has struggled with addiction issues. In June 2021, during an episode of Red Table Talk, she admitted that after making it through 2020 (and the lockdowns due to the COVID-19 pandemic), she fell back into alcohol after seeing a couple enjoying a glass of champagne near a pool. I was, like, ‘Oh, I can do that, too.’ And then the next day, I had two glasses, and then the day after that, it was bottles,” she said. Thankfully, she’s sober again and maintaining her health.

Jack Joseph Osbourne was born on November 8, 1985. Jack became a household name thanks to the family’s television series and transformed it into a life in front of – and behind – the camera. He appeared on some scripted programming like That ’70s Show and other projects like Celebrity Wrestling: Bring It On!, his show, Jack Osbourne: Adrenaline Junkie, and programs like Dancing with the Stars, I’m a Celebrity, Get Me Out of Here! Now! Jack teamed up with his father for Ozzy & Jack’s World Detour, and in 2020, the family appeared on the paranormal program, The Osbournes Want To Believe.

Like his father, Jack has struggled with addiction issues and has undergone rehab to combat them. In 2012, he announced that he was diagnosed with multiple sclerosis. Since then, he’s managed the disease with a combination of diet, medications, exercise, and therapy. 2020 saw a litany of health scares for Jack’s family. Two of his three daughters tested positive for COVID-19, as did his mother. Ozzy, who revealed he was diagnosed with Parkinson’s disease in 2003, canceled his North American tour due to health issues. “This last year has been a real rough one on so many levels,” he told PEOPLE in March 2021.

For decades, Ozzy Osbourne had defined “heavy metal” and the spirit of rock and roll. He has been known as a madman of music and the “Prince of Darkness.” But, only a select few know him as “Dad” — or even “Grandpa.” And perhaps, that’s more important than any metal accolades.