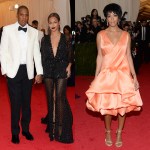 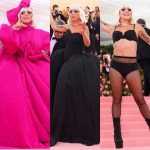 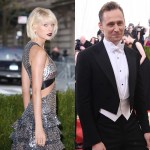 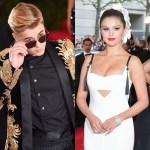 The Met Gala is all about the fashion, but the celebrity-filled event has also led to some pretty INSANE moments over the years — and we’ve rounded up the craziest of them all right here!

With so many celebrities in one place at the Met Gala every year, there’s plenty of opportunities for awkward run-ins, and there’ve been some pretty crazy ones throughout the years. The most memorable Met Gala moment of all-time was most definitely the scuffle between JAY-Z and Solange Knowles at the event in 2014. Crazy videos leaked that appeared to show Solange physically attacking Jay in an elevator, and fans spent weeks trying to figure out what could’ve sparked the altercation. Jay and Solange never confirmed what caused their fight, but they released a statement following the event in which they explained that they had “put [the drama] behind [them].” Today, they’re on good terms.

Another high-profile Met Gala moment involved Taylor Swift and Tom Hiddleston in 2016. Taylor was co-chair of the event that year, but her then-boyfriend, Calvin Harris, did not attend with her. Taylor and Tom attended a dinner together the night before the Met Gala, and were then caught dancing alongside each other inside the event. There was no obvious PDA, but just a few weeks later, Taylor and Calvin ended their relationship, and she was photographed kissing Tom less than two weeks after that. They went on to have a hot and heavy summer romance, but split in Sept. 2016. The ordeal inspired Taylor’s song “Getaway Car,” which was featured on her 2017 album, Reputation.

Justin Bieber also gave us an epic Met Gala moment in 2015. He attended the event solo, but his ex, Selena Gomez, was also there. They were able to avoid each other, but he clearly took notice of how great she looked — because at the end of the night, he stuck his head out the car window and screamed, “Selena looked gorgeous at the Met Ball!” right in front of a camera that was filming him!

Click through the gallery above to relive these and some more of the wildest Met Gala moments of all-time!