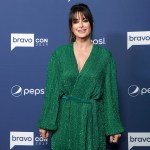 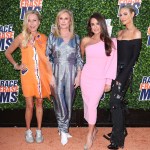 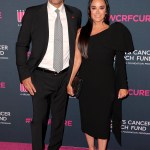 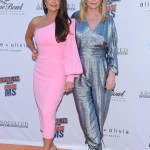 Kyle Richards would probably be the front-runner for ‘World’s Best Reality TV Mom’ if there ever was such an award. Meet her four beautiful daughters!

Kyle Richards is not like a regular mom – she’s a cool mom. Name any other mother from a reality television franchise who has co-opted Halloween and renamed it after her own child? We’ll wait. It’s no secret that throughout all the ups and downs of the drama portrayed on the show, Real Housewives of Beverly Hills star Kyle Richards is one loving, doting mom to her four beautiful daughters. And honestly, we love to see it!

Kyle’s girls are the proud products of two marriages. The 52-year old shopaholic began her career as a child star in the 1970s and 80s, appearing in television shows like Little House on the Prairie and classic slasher films like Halloween, opposite Jamie Lee Curtis. She appeared in various other shows and movies throughout the 2000s while also concentrating on raising her girls, before relaunching her career in 2010 as one of the most iconic Housewives to date. But even with the massive success she’s experienced in reality television, anyone who knows Kyle or watches her on RHOBH, knows just how much this woman is devoted to her family. So without further ado, meet Kyle’s daughters!

Before she became happily married to her current husband, Kyle was first married to Indonesian commercial land and real estate developer, Guraish Aldjufrie, in 1988. Kyle was just 18 years old at the time and cites their young age as part of the reason for their eventual divorce in 1992. But out of Kyle’s first marriage came Farrah Brittany Aldjufrie, who was born on October 31, 1988. Remember when we mentioned Halloween earlier? Well, every year for Farrah’s birthday, Kyle throws a huge bash at her Beverly Hills mansion and calls it – wait for it – “Farrahween.” It’s good, right? As Kyle’s oldest, Farrah is the big sister to her younger siblings, with whom she has a very close relationship. The 32-year old takes after her father, currently working in real estate development with her stepdad.

In 1994, Kyle met her current husband Mauricio Umansky, a Los Angeles real estate developer (are we noticing a type?) of Russian and Greek Jewish descent who was born and raised in Mexico. The couple started their journey to happily ever after when they wed on January 20, 1996, when Kyle was four months pregnant. On June 18 that same year, they welcomed Alexia Simone Umansky, Kyle’s second daughter and her first with Mauricio. Today, Alexia is 25-years old and also works for the family business as a real estate developer for The Umansky Team. But when she isn’t working, Alexia enjoys spending her time hanging with friends and attending music festivals.

Sophia Kylie Umansky is the second-oldest of Kyle’s three daughters with Mauricio. Sophia was born on January 18, 2000 and today she’s 21 years old. She’s extremely close to her younger sister (which we’ll explain later) and at times the two are inseparable. Sophia is the last of Kyle’s oldest children over the age of 18 and the last one to leave the house for a while. Sophia became a student at George Washington University in Washington, D.C. in 2018, and is currently majoring in business. When she’s not studying to be a boss lady, Sophia’s usually traveling with her family or, out and about with friends like fellow Real Housewives offspring Amelia Gray, daughter of Lisa Rinna and Harry Hamlin.

Last but certainly not least is young little Portia Umansky, who’s actually not so little anymore. Portia was just a toddler when RHOBH premiered in 2010 and we’ve watched her grow up in front of the cameras before our very eyes. And she’s quite the sassy lady today! As mama’s baby girl, Kyle is especially protective and attached to 13-year old Portia since all of her other little chicks have flown the coop, leaving her and Mauricio that much closer to an empty-nest (gulp!). Portia was born on March 1, 2008. It should come as no surprise that as the youngest of the bunch, Portia really looks up to her big sisters but none so much as Sophia, with who Portia shares a very special bond. In RHOBH‘s eleventh season, which captures much of the COVID-19 pandemic, Portia is depressed without having Sophia in the house. So to cheer her up, Kyle and Mauricio organized a surprise visit from Sophia, who flew out from the East Coast, just to see her little sister. And, as you can imagine, Portia lost her mind. It was a touching moment and just another testament to how much Kyle loves her daughters.