If you’ve been living under a rock, or simply taking a break from social media, then you wouldn’t know that Khloe Kardashian, 34, and Jordyn Woods, 21, are no longer friends. Why? — Well, Jordyn reportedly had a little too much to drink at a party on February 17, and hooked up with Khloe’s boyfriend and the father of her child, Tristan Thompson. If it really went down, not only was that a breach of girl code, but, a breach of Kardashian girl code. — Meaning, you have to deal with the backlash of not one, but multiple sisters, and their inner circles. That’s a lot of people…

As you could’ve guessed, the famous family has reportedly written off Jordyn, including her best friend, Kylie Jenner. And, she’s reportedly been wiped from the family businesses as well. Jordyn had a makeup collaboration with Kylie, as well as a modeling page on Khloe’s Good American clothing site. Not to mention, Khloe’s friends, Malika Haqq and Larsa Pippen have publicly slammed Jordyn on social media because of the drama.

So, what else is there to do than have a fashion face-off between the friends turned foes. We looked back through the archives and rounded up some of Khloe and Jordyn’s best red carpet photos. Now, here’s where you guys come in. — Take a look through our attached gallery and tell us in the comments which star you think has the best photos! 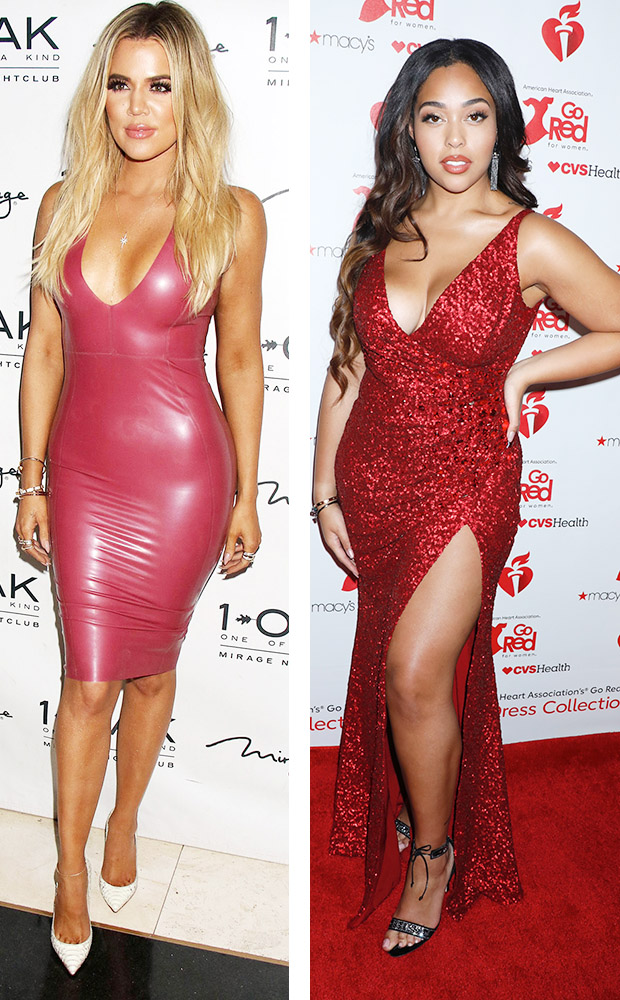 If you checked out the photos, did you notice how Khloe and Jordyn have rocked similar looks on the red carpet? — For example, their short, blonde bobs! Who had the best red carpet snaps?