Any Britney Spears fan would know that the pop star shares two sons with her ex Kevin Federline. However the, former backup dancer isn’t only a dad to Sean, 15, and Jayden, 14 — Kevin actually has six children. He and his family are back in the spotlight amid Brit’s controversial conservatorship, and claims that he used their two kids as “pawns” between Brit and her father Jamie Spears, 68. Kevin’s attorney Mark Vincent Kaplan, told Page Six on June 30, “Kevin has never used his children as pawns for anything. Kevin has always acted, putting the kids first.” Find out more about the father-of-six, and the women he shares his children with.

Kevin’s eldest child, Kori Madison Federline, was born on July 31, 2002. Prior to his high-profile relationship with Britney, he was engaged to singer and Moesha actor Shar Jackson, with whom he shares Kori. The teenager has appeared in happy snaps on social media, however Kevin and Shar have largely kept her out of the spotlight. 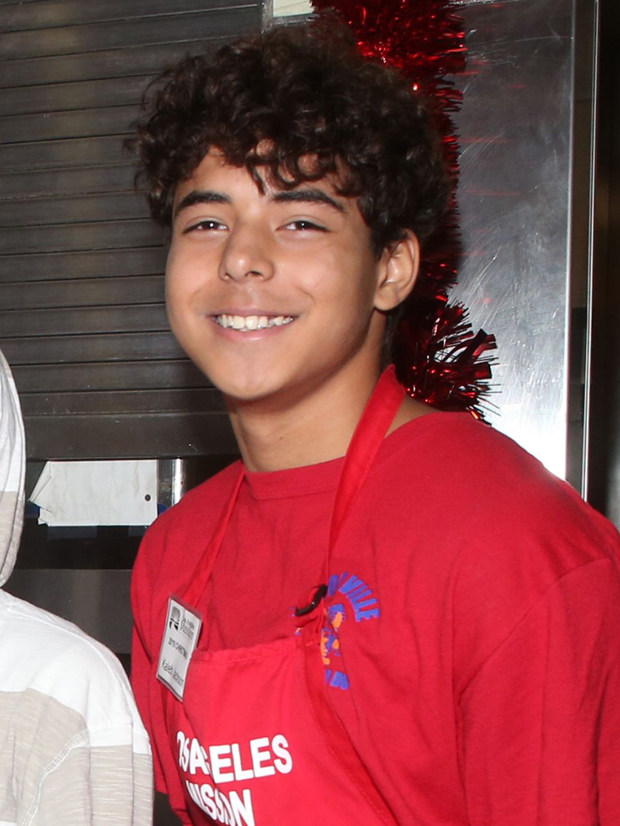 Kevin and his fiance welcomed their second child, Kaleb Michael on July 20, 2004. Despite sharing two kids, the pair called off their engagement while Shar was pregnant, and he began dating Britney. Shar said at the time that the pop star entered Kevin’s life before she and the rapper split. “It wasn’t like just breaking up a relationship,” she said in April 2004. “It was like breaking up a family.” A few years later, she opened up to People about her co-parenting relationship with Kevin, and revealed he was a present dad. “He’s a great dad and if you said his name right now, Kori would go crazy. That’s the love of her life,” the mother of two told the outlet in 2007. “Everything he does, as far as his career, and everything like that, he does it for his kids.”

Britney gave birth to Sean Preston Federline, on September 14, 2005. Although this was Kevin’s third child, it was the first for Britney, who also said “I do” to Kevin one year prior. His arrival prompted a media storm, with paparazzi following Brit and baby Sean’s every move.

Kevin and Britney’s second child, Jayden James Federline was born on September 12, 2006, almost exactly 12 months after his big brother. Sadly, the couple would call it quits less than two years later, leading to a messy custody battle during a very tumultuous period in Britney’s life. Britney and Kevin now share custody of their teenage sons, with the “Toxic” singer holding 30% and Kevin the majority at 70%. However, he did request sole custody during divorce proceedings in 2008. Kevin’s lawyer explained, “Kevin went forward with the sole custody request because he didn’t feel the children were safe…There’s a lot of information that we don’t have, and until we have it, there’s not going to be any change of custody because the kids are doing very well with Kevin.”

Related: Britney Spears’ Kids: Everything To Know About Her Boys, Sean & Jayden

Jayden has become more vocal in recent years, speaking out on Instagram Live about his relationship with his parents, and his grandfather. In March 2020, he went on an Instagram rant saying Brit’s dad Jamie, “can go die.” Later, in response to a follower who wrote, “kill your grandfather,” the teenager replied, “Bro, I was thinking the same thing.” Meanwhile, Jayden had nothing but praise for his dad. “I have the best dad ever,” he said. “My dad is literally Jesus.”

After Kevin and Britney split in 2007, he began dating Victoria Prince. Their first child together, Jordan Kay Federline, was born in August 2011. Kevin and Victoria got married in Las Vegas in 2013, and celebrate their 8th wedding anniversary in 2021.

Kevin’s sixth child, and the second for him and Victoria, was born in April 2014. Peyton Marie Federline is the only one of his children with blue eyes, which he revealed on Instagram when announcing her birth. “Words cannot express the joy my children bring me,” Kevin wrote, adding that the newborn was the “only one out of six that will have blue eyes. Didn’t think it was possible.”

The father of sex later opened up about his large family in a rare, 2017 interview on Bravo’s Personal Space. “Having six, it feels like you’re trying to control a basketball team. But it’s worth it,” he explained. “All my kids are great; they get along. By the time you have six you are so well seasoned. I can probably change a diaper with one hand and feed a kid at the same time.”