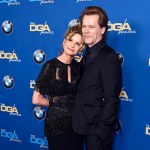 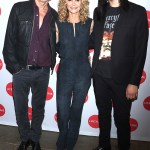 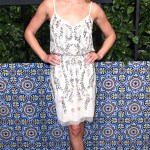 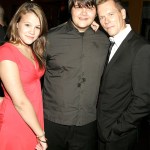 Kevin Bacon shares two adult children with his beautiful wife of over 30 years Kyra Sedgwick. Find out everything you need to know about his son and daughter here!

Kevin Bacon, 63, has been a beloved actor since he wow-ed audiences with 1984’s Footloose. Since starring in the classic musical, Kevin has gone on to star in a wide-array of movies, including dramas like A Few Good Men and Mystic River and thrillers like Flatliners and Tremors. He’s even been nominated for a Primetime Emmy for his performance in the 2009 TV movie Taking Chance.

Throughout much of his career, Kevin’s been married to actress Kyra Sedgwick, 56. Kevin and Kyra tied the knot in 1988, and together they have two wonderful children. While he’s had an accomplished career, he’s shown that his kids come first. Kevin gushed over his son and daughter in a 2017 interview with Closer Weekly. “The proudest accomplishment of my life is my children,” he said. “Being a parent [means] bringing them up and trying to teach them and have them learn by example to be good, decent, compassionate, hardworking people.” Find out everything you need to know about both of Kevin Bacon’s kids here.

Kyra and Kevin’s older son Travis, 32, was born in June 1989. Travis has dabbled in movies and TV, like his parents, per IMDb. He had a role in the Kevin-directed 2005 movie Loverboy, where he played Lenny, but he’s done most of his work in the entertainment industry off-camera

While Kevin is mostly known as an actor, he does have a knack for music, and he has a band with his brother Michael, appropriately called The Bacon Brothers. Travis clearly took after his dad’s love for music, and he’s been a composer for a few TV movies and shorts, including the upcoming Space Oddity, which his mom directed. Besides his composition work, Travis has performed in a few metal bands. He was a member of the Brooklyn-based metalcore outfit White Widows Pact, who released their self-titled debut album in 2013. He also joined the black metal group Black Anvil in 2016, and played on the band’s most recent album: 2017’s  As Was.

Sosie, 29, was born in March 1992, and like her brother, Sosie got her start in entertainment with a role in Loverboy, but she’s kept acting and has established herself as a successful actress herself. After she made her debut, she went on to star in a handful of episodes the TV series The Closer. More recently, she’s taken on many more roles in beloved TV series, like 13 Reasons Why, Narcos: Mexico, and Mare of Easttown.

While she followed in her parents footsteps as she grew up, Sosie admitted that it took her longer to see her parents’ work in a 2013 interview with Pop Sugar. “I don’t watch their movies and stuff that often,” she said. “When I was really little, they were kind of inappropriate. So I kind of just stayed in that pattern, but I just watched Mystic River recently, and I thought my dad was incredible in that.