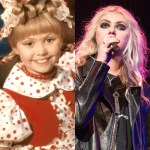 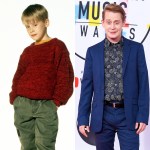 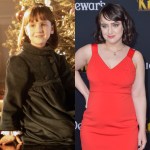 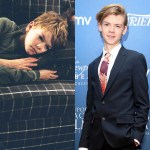 It’s December, which means you can binge on Christmas movies without being judged. Just for fun, we’ve rounded up the best holiday movie kids’ transformations — from Taylor Momsen in ‘How the Grinch Stole Christmas’ to Drew Barrymore in ‘Babes in Toyland’!

Click through our gallery, attached, to see photos of child stars Taylor Momsen, Drew Barrymore, Macaulay Culkin and more, then and now! — It’s safe to say that Taylor underwent some of the most drastic changes out of everyone on this list. But, let’s take into account that she played a character who lived in the fictional town of Christmas dreams that is Whoville. Taylor starred as Cindy Lou Who in Dr. Seuss’ How the Grinch Stole Christmas (2000), winning hearts with her sweet face and elaborate braided hairdo. Now, she sports more of an edgier style as the front-woman of a rock band, Pretty Reckless.

In a recent interview discussing the Dr. Seuss classic, Taylor revealed, 20 years after the film’s release, that it actually inspired her music career. “The thing that I remember the most that probably resonated with me to this day as an adult was the first time that I went into a recording studio and got to work with the amazing James Horner,” she recalled to Today about the legendary composer. “And I’ll never forget walking into this beautiful studio, with this immaculate console in front of me, and putting headphones on and singing into a microphone for the first time, singing ‘Where Are You Christmas,'” she said about the holiday classic in which she sings in the film. “That was such an impactful moment in my life because it made me go, ‘I wanna make music for the rest of my life. I love being’ in a recording studio.’”

As for Macaulay Culkin, well, there’s no way you haven’t seen him as Kevin McCallister in Home Alone (1990) and Home Alone 2: Lost in New York (1992). He’s had roles in numerous projects since then, but he’s widely remembered as the brave youngster who single-handedly took down burglars — or, maybe you remember him as the kid who screamed in the mirror after trying aftershave. Either way, Macaulay’s Home Alone roles are cemented in Christmas movie history!

In 1986’s Babes in Toyland, Drew Barrymore wakes up in a magic world filled with storybook figures. Though it’s definitely one of her more obscure films, Drew is totally cute in it and wears the hell out of a corduroy pinafore!

You can photos of these child stars all grown up in the attached gallery. And, some of the changes are truly mind-blowing. Then again, in the case of people like Thomas Sangster — AKA one of the best parts of Love Actually — some of them haven’t aged a day!