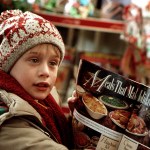 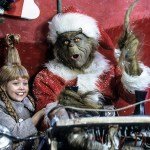 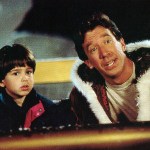 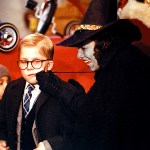 ‘Tis the season to watch nothing but holiday movies — but the real question is, which one do you start with? From ‘Home Alone’ to ‘The Grinch’ and more, there’s no real way to go wrong.

The holidays look different this year, but one thing remains constant: your favorite Christmas movies will still be playing around the clock on TV in December. Whether you favor the classics, like White Christmas, or love a good romantic comedy like Love, Actually, popping in a DVD and putting your feet up in front of a roaring fire is the ultimate comfort. Grab your cocoa or spiked cider and take a look at the best of the best:

“You guys give up — or are you thirsty for more?” Those are the immortal words of Kevin McCallister, the precocious little boy who’s abandoned on his Christmas vacation by his family in 1990’s Home Alone. Rather than freak out, Kevin decides to have the best Christmas of his life… even though two inept robbers (Joe Pesci and Daniel Stern) try to get in the way. Cue the hijinks (and injuries)! Try as he might, Macaulay Culkin will never not be known for his character in that flick, and rightly so. The movie has become a staple for most families to watch around the holidays.

Same can be said of Ralphie (Peter Billingsley) from A Christmas Story or Jack Skellington from A Nightmare Before Christmas. Who could forget the shockingly heartwarming tale of a stop-motion skeleton, voiced by the lead singer of Oingo Boingo trying to find the meaning of Christmas with the help of his stitched-together girlfriend? It’s an extremely catchy musical, no less, and Danny Elfman and Schitt’s Creek star Catherine O’Hara (also Kevin’s mom in Home Alone!) are perfection.

Of course, the holidays wouldn’t be complete without classics like How The Grinch Stole Christmas and A Charlie Brown Christmas. The Jim Carrey version of The Grinch from 2000 has become the go-to favorite of the Dr. Seuss adaptations, mainly due to the comedian’s manic portrayal of the famed monster. Plus, you get to see a baby Taylor Momsen playing adorable Cindy Lou Who!

To see more of the best Christmas movies of all time, like Christmas Vacation, scroll through our gallery above!