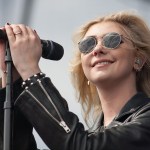 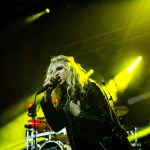 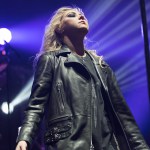 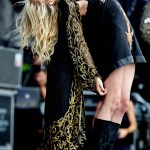 Taylor Momsen, who played the memorable role of Cindy Lou Who in ‘How the Grinch Stole Christmas’, looked back on her musical experience in the 2000 film and one moment that stuck with her.

Taylor Momsen, 27, had a special moment with music when she played the role of Cindy Lou Who in How the Grinch Stole Christmas, and she’s reflecting on it now, 20 years later. The actress and singer talked about one of the most heartwarming memories she has from being a part of the iconic holiday film, in a new interview with TODAY, and it involved recording the incredible song, “Where Are You Christmas?”.

“The thing that I remember the most that probably resonated with me to this day as an adult was the first time that I went into a recording studio and got to work with the amazing James Horner,” Taylor said in the interview. “And I’ll never forget walking into this beautiful studio, with this immaculate console in front of me, and putting headphones on and singing into a microphone for the first time, singing ‘Where Are You Christmas.'”

“That was such an impactful moment in my life because it made me go, ‘I wanna make music for the rest of my life. I love being’ in a recording studio’,” she added.

Taylor was only seven-years-old when she played the adorable role of Cindy Lou opposite Jim Carrey‘s incredible role as The Grinch. Their transformations as their characters were truly impressive and helped the film become one of the most loved during the holiday season. In addition to reflecting on her musical moment in the film, Taylor opened up about her love of working with Jim.

“(Carrey) is incomparable. I remember him being so kind, so concerned, but so methodical with what he was doing,” she explained in the interview. “Even at that young of an age, I remember watching him and going, ‘I’m watching an artist right now at work.’”

She also talked about the great memories of making a music video for the film. “I’m in my bedroom singing ‘Where Are You Christmas’ with the flashlight. I mean, essentially, that was my first music video,” she said. “So I always get a kick out of that. And I remember thinking that was a really fun scene to film.”

Like her talented character Cindy Lou, Taylor has a love of singing, and when she’s not acting, she’s playing in her band The Pretty Reckless. They are celebrating the release of their new single, “Death By Rock and Roll”, and have a new album of the same title coming out next year. Their debut album, Light Me Up, came out in 2010.

“I’m really excited for people to hear it because I think we really created something special,” she said about the upcoming album, which may not have been possible if not for the inspiration her part in How the Grinch Stole Christmas gave her. She’s also well aware of the inspiration it gave to movie lovers everywhere.

“I think that people love ‘The Grinch’ just simply because the core of the story is so sweet and it’s so heartwarming and it has such a good message,” she gushed. “Aside from how amazing Jim Carrey’s performance is and the theatrics that went into the shoot, just the way the film looks and moves and is edited is amazing in its own right.”

“The fact that it comes back around every year – I think it’s something to look forward to,” she concluded. “And I think it just kinda brings happiness and joy to anyone who watches it.”