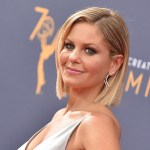 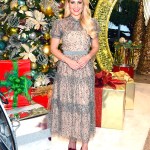 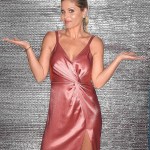 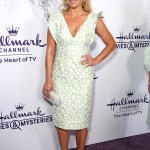 Christmastime will be here before you know it. Hallmark has revealed a list of new holiday movies that will premiere later this year. The lineup includes movies starring your Hallmark faves.

Hallmark Channel’s Countdown to Christmas will premiere on Oct. 23 with 23-all-new original films. Celebrities like Candace Cameron Bure, Lacey Chabert, Janel Parrish, Sarah Drew, and more will be starring in the new holiday films. Hallmark Movie & Mysteries’ Miracles of Christmas will feature 17 all-new original movies and will kick off Oct. 23 as well.

Hallmark Channel’s Fall Harvest will include the debut of Country at Heart on Oct. 3 and Neverbrides on Oct. 10. The 10th Anniversary Edition of American Humane Hero Dog Awards Show will air on Oct. 19. Here’s the latest information we have on Hallmark’s 2020 Christmas movies.

*If I Only Had Christmas, starring Candace Cameron Bure

*On the 12th Date of Christmas, starring Mallory Jansen and Tyler Hynes

In addition, Hallmark Channel’s hit shows will be returning for new seasons in 2021. When Calls The Heart will soon go into production on season 8. Good Witch has been renewed for season 7, and Chesapeake Shores will return for season 5.