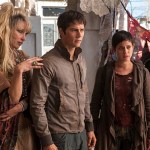 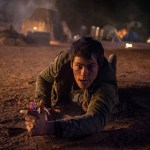 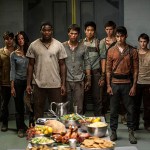 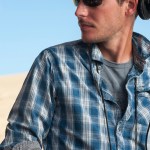 In this EXCLUSIVE deleted scene from ‘Maze Runner: The Scorch Trials’ provided to HollywoodLife.com, Newt tries to reassure Thomas about his decision to go on the run after being saved from the maze. Click inside to WATCH!

Dylan O’Brien, 23, and Thomas Brodie-Sangster, 25, have a private chat in this EXCLUSIVE deleted scene from The Maze Runner: Scorch Trials. In the scene, which will be featured on the DVD/Blu-ray available on Dec. 15, Newt calls Thomas out for worrying too much about their friends.

If you already thought that Thomas was a bit of a worry wart in The Maze Runner series, then this clip will all but confirm it for you. As he and one of his closest friends, Newt, sit near the campfire overnight, they open up about what life has really been like after escaping the maze and heading into the scorch.

“You haven’t slept a wink since we left the maze, have you?” Newt asks a clearly stressed out Thomas. A moment later Thomas confesses, “I’m the reason we’re stuck out here.” But, Newt wholeheartedly disagrees and reminds Thomas that he’s saved their lives… not just once, but multiple times.

In case you missed the incredible sequel to The Maze Runner, here’s a synopsis of the film:

After having escaped the Maze, the Gladers now face a new set of challenges on the open roads of a desolate landscape filled with unimaginable obstacles.

Make sure you pick up your own copy of Maze Runner: The Scorch Trials on DVD/Blu-ray when it hits shelves on Tuesday, Dec. 15! Oh, and don’t forget that DVD/Blu-rays make really, really good stocking stuffers.

Tell us, HollywoodLifers — Are YOU excited to get Maze Runner: The Scorch Trials on DVD/Blu-ray? What was YOUR favorite part of the movie? Comment below with your thoughts.