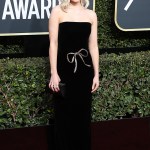 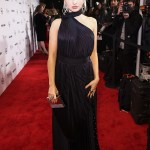 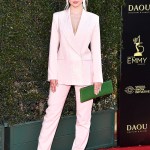 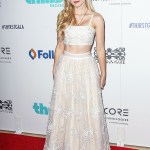 Dove Cameron’s style on the red carpet has evolved so much since she made a splash on TV screens as a Disney Channel star! Now, we’re looking back at some of her best red carpet moments!

Happy Birthday, Dove Cameron! The Disney Channel star is a newly-minted 24-year-old and to commemorate the day, we’re taking some time to look at her style evolution over the past few years. Dove has always been a stunner on any given red carpet. The young actress has, however, wholly transformed her style from cute, tea-length dresses to glamorous gowns that have the contemporary actress looking like an classic Hollywood starlet!

Dove’s star really took off in the mid 2010s, which meant she started making appearances at premieres and major events at quite an impressionable age. Her style, however, was simultaneously mature and age appropriate. One such moment Dove molded those two elements of her fashionable flair was at the May 2015 Los Angeles film screening of her film Barely Lethal. Dove wore a rose red, tea-length strapless dress with pockets for the occasion. Wearing her beautiful hair down with soft curls, her makeup only brought out her best features! Keeping the look fairly simple, she paired the dress with a set of black pointed toe heels.

There’s no denying just how great Dove looked at one of her first big events in Hollywood. But fast forward roughly two-and-a-half years and we could already see just how much her fashion sense had evolved! Dove looked truly radiant at the 75th Annual Golden Globe Awards in January 2018. Wearing a strapless black gown with golden bow embellishment by Monique Lhuillier, the Descendants star worked a quiet confidence all her own. Along with the designer dress, Dove accessorized with a pair of drop earrings and a few rings on her fingers. Understated and sophisticated, it was the perfect look for the budding star!

Finally, Dove has shown us that she can give a real contemporary edge to the classic cuts she usually sports. At the Marie Claire Image Makers Awards in January 2018 — just a few short days after the Golden Globes — Dove wore a cutting edge gown that turned camera lenses her way! Her dress, designed by Yigal Azrouel, featured a one shoulder look with a high-neck and cinched waist. Opting to keep the attention wholly on her ensemble, Dove tossed her hair into a bun with strands of her blonde locks framing her face. With just a few cocktail rings as her main accessories, Dove showed us that she knew how to make a statement on the red carpet! As Dove has grown from a teenager to a young woman before her fans’ eyes, it’s been such a journey to see how her fashion has adapted as she has gotten older! Fans cannot wait to see what styles she rocks in the year to come, but until then, click through the gallery to see her best looks over the years!