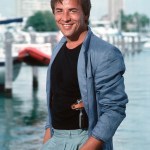 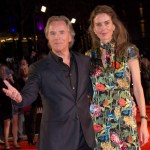 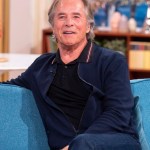 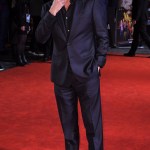 Don Johnson settled down with Kelley Phleger for his fifth marriage in 1999. Find out more about Kelley and some of Don’s other past wives and girlfriends here.

Don Johnson, 71, is known as a successful actor, producer, director, singer, songwriter and more but he’s also led an eventful romantic life throughout the years. The Nash Bridges star has been married five times to four different women, including his current wife, Kelley Phleger, 52, and has dated various other beauties in the spotlight, including Barbra Streisand, Penelope Ann Miller and more. Find out more about Kelley and the other ladies who once caught his romantic eye below.

Kelley and Don were married in Apr. 1999. She was known as a San Francisco socialite and worked as a Montessori nursery school teacher at the time of their nuptials. Their star-studded wedding included actor Robert Wagner, who served as Don’s best man, and Mayor Willie Brown, who presided over the civil ceremony. The husband and wife went on to have three children together, including daughter Atherton Grace, who was born in Dec. 1999, and sons Jasper Breckinridge, who was born in June 2002, and Deacon, who was born in Apr. 2006.

Don and Kelley often share various memorable moments of their lives together on Instagram and sometimes include sweet words along with the epic posts. In one post, which included a pic of them smiling while sitting and hugging each other at an event, the proud spouse called his wife “my love.”

Before he married Kelley, Don was romantically involved with Melanie Griffith. He and the actress actually married twice and share children together. Since Don’s first two wives have never been identified, Melanie, who became his third wife in 1976, was the first of his spouses to be spotlighted during their time together. The former lovebirds first met in 1972, when Melanie was just 14 and knew her future hubby through her mother Tippi Hedren, who was his co-star in the film, Harrad Experiment.

Don and Melanie began living together in Laurel Canyon when she was 15 and got engaged when she turned 18 in 1975. After getting married the following Jan., before eventually separating by July 1976 and getting divorced by Nov. 1976. They ended up reconciling just before 1989 and had their daughter Dakota Johnson, in Oct. 1989. They married once again that same year and it lasted until 1996.

Before Kelley or Melanie, Don was spotted with self-described “groupie” Pamela Des Barres. He reportedly lived with her in 1971 and romance rumors started. Pamela made a name for herself when she wrote and released two memoirs about her time following and befriending famous musicians and other creative stars, including, Don, the Byrds, Charlie Watts and Bill Wyman of the Rolling Stones. I’m with the Band: Confessions of a Groupie was published in 1987 and Take Another Little Piece of My Heart: A Groupie Grows Up was published in 1993.

Like with Don, she was also rumored to have been romantically involved with stars like Mick Jagger, Jim Morrison, Woody Allen, and more. She was married to Michael Des Barres, who had been the lead singer of the bands, Silverhead and Detective, from 1977 until 1991 and they share a son Nicholas together.

Don dated actress Sally Adams, who is known as the mother of actress Nicollette Sheridan, in 1980. They were photographed together around 1979 but kept the romance private for the most part. Both Sally and Nicollette can be seen in the throwback photo above.

Don and Patti D’Arbanville reportedly met in Jan. 1981 while at a Los Angeles restaurant. They started dating and lived together from 1981 until 1985. Although they never got married, they had a son, Jesse Wayne Johnson, in Dec. 1982.

Cybill Shepherd claimed she and Don had a fling while making the 1985 television miniseries The Long Hot Summer. The actress wrote about the alleged experience in her book, Cybill Disobedience: How I Survived Beauty Pageants, Elvis, Sex, Bruce Willis, Lies, Marriage, Motherhood, Hollywood, and the Irrepressible Urge to Say What I Think, and admitted to having an “intense attraction” to Don while working with him. “We lasted a nanosecond on the porch and rapidly progressed to my bed,” she wrote. “It was like wolfing down a candy bar when you’re starving–fast, furious and intense and it was all over in five minutes.”

Don was rumored to have a relationship with actress Susan Sarandon around 1987. The two actors co-starred in the movie Sweet Hearts Dance together.

Don and Barbra Streisand reportedly dated in the late-1980s and their relationship lasted until around Sept. 1988. They supposedly met at a party in 1987 and started a relationship shortly after. Although they didn’t put their romance in the spotlight most of the time, Barbra did gush over how “happy” she was in an interview with Ladies Home Journal in June 1988.

“I’m happy, very happy. And I have never been very happy, so it is something I’m learning; it’s as if I were a child again,” she told the outlet. “There is nothing as satisfying as a good personal relationship. Certainly work isn’t. I like sharing my life with a male counterpart and it is going very well.”

The former couple’s connection was apparent when they recorded the duet “Till I Loved You” together in 1988 and even after their split, the song made it to the Top 40 charts.

Just days after Don broke up with Barbra, he was romantically linked to actress Uma Thurman when she was 18 and he was 38. He was reportedly seen out on the town with the blonde beauty but not much else is known about their supposed romance.

Don and Penelope Ann Miller were reportedly involved in a brief romance before he went back with Melanie for a second time. The two worked in the 1989 film Dead Bang together.

Don and his Nash Bridges co-star Jodi Lyn O’Keefe reportedly dated from 1996 until 1997. The relationship got a lot of attention since Jodi actually played his daughter in the show and was only 18 at the time while he was 47.

There were rumors that Don and his other Nash Bridges co-star Yasmine Bleeth also had a romance at some point in 1998.