Now, more than ever, is the time to be thinking about how to make the future an equal, inspiring place for the next generation of girls. March is Women’s History Month, and some of our favorite A-listers have shown their support in a myriad of different ways. From speaking out against sexual assault, to advancing the educational opportunities of young women, female celebrities are working tirelessly to make our world better for everyone who lives in it.

“The Future Is Female” is much more than just a slogan on a T-shirt, and celebs like Michelle Obama, Reese Witherspoon, Rihanna, and Karlie Kloss are just a few of the stars proving that, by giving young girls the tools they need to chip away at that much-too-high glass ceiling. Whether they’ve partnered with, or created organizations dedicated to bettering education for girls, here’s how they’re looking out for the next generation of women. 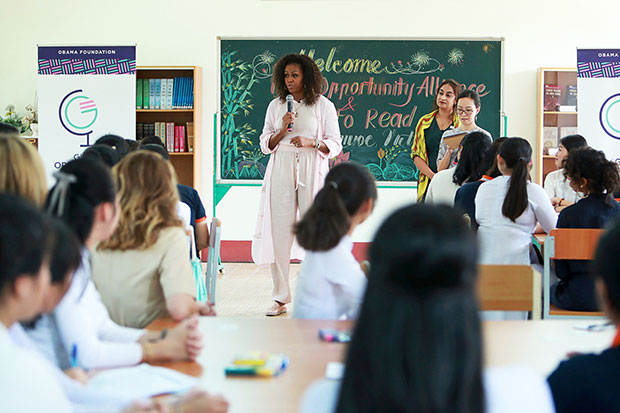 During her time as First Lady, Michelle started Let Girls Learn, a government initiative that worked to ensure adolescent girls get the education they deserve. More than 62 million girls around the world are not in school, and countries with more women in secondary schools tend to have lower maternal mortality rates, lower infant mortality rates, lower rates of HIV/AIDS, and better child nutrition. After learning about these stats, Michelle dedicated her time in the White House to helping adolescent girls attain a quality education that would empower them to reach their full potential. 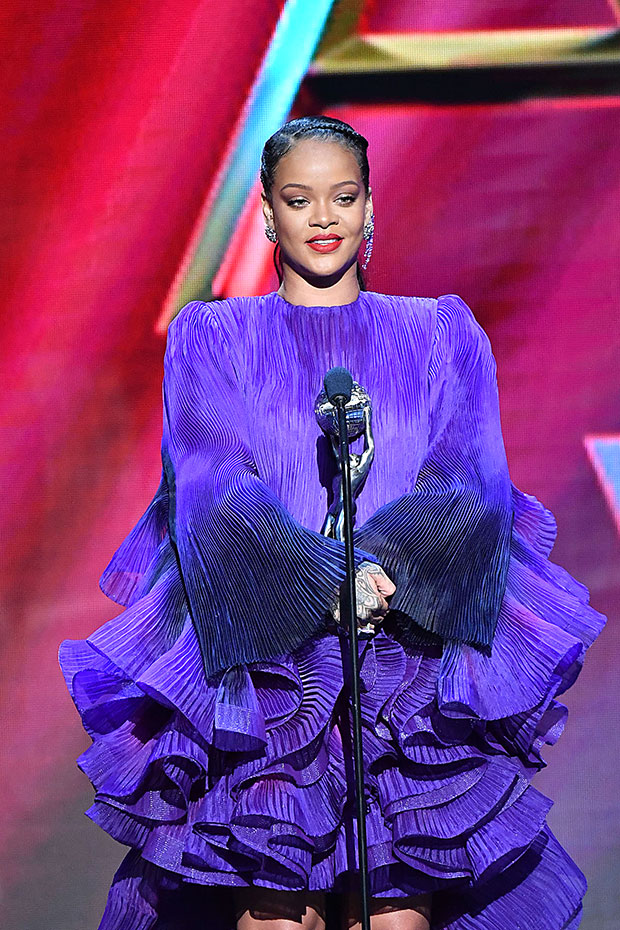 Singer turned fashion and beauty mogul, Rihanna, has a long history as a humanitarian. In 2017, she was even awarded Harvard Humanitarian of the Year! She worked with the Global Partnership for Education, and has supported dozens of charities. She also started the Believe Foundation, after her grandmother passed away due to cancer. “Our mission is to impact as many lives as possible, but it starts with just one,” she said during her Harvard Humanitarian of the Year award acceptance speech. “You don’t have to be rich to be a humanitarian. You don’t have to be rich to help someone, you don’t have to be famous, you don’t even have to be college educated.” Of course, she has also been an advocate for female empowerment, and her Savage x Fenty lingerie line, and beauty brand Fenty Beauty have been praised for their inclusivity and empowering message.

Of course, these aren’t the only stars who have shown their support for fellow women. Reese’s company Draper James partnered with Girls Inc., a nonprofit that encourages girls to be “Strong, Smart, and Bold” through direct service and advocacy. Draper James also partnered with the organization to sponsor in-school and after-school classes in Nashville middle and high schools to teach preteens and teens about the effects of the economy at a local and national level. Meanwhile, Karlie started Kode With Klossy, which teaches girls how to code and consider a career in tech.

America Ferrera, Tracee Ellis Ross, Ashley Judd, and Emma Watson, among countless others, have also been integral pillars in starting the Time’s Up initiative on the heels of the #MeToo movement. From giving Women’s March speeches to bringing activists as dates and wearing black to the 2018 Golden Globes, these women are pushing this conversation to the forefront of our collective consciousness — which is exactly where it needs to be. Scroll through the gallery above to see more empowering photos of female celebrities fearlessly fighting for a more feminized future.