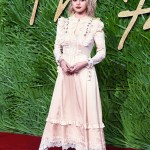 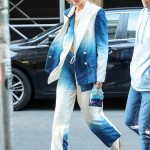 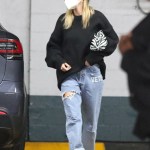 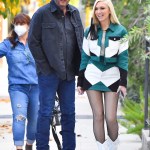 These stars have no fear of pulling off white boots any time of the year, even in winter! Check out stars like Selena Gomez, Gigi Hadid and more sporting the fierce trend!

It was once considered taboo to wear white after Labor Day. But it’s a new age in fashion, and these celebrities are paving the way for some of the hottest trends this winter, and that includes rocking white during winter! So many celebs have dared to don the difficult color. Luckily, they’ve pulled it off effortlessly by wearing white boots during the chilliest season of the year! Check out how Selena Gomez, Gigi Hadid and more stars are wearing white boots during winter.

Selena gave us total vintage Victorian vibes with her look at The 2017 Fashion Awards in London on December 4. The “Look At Her Now” songstress wore a custom Coach dress, courtesy of Stuart Vevers, with lace detailing and a distinct prairie-girl vibe to the garb. But all eyes were on Selena’s swanky boots, which totally grounded the look in chic high-fashion. It was such a bold ensemble, and Selena pulled it off effortlessly!

Hailey Baldwin is another star who has worn white boots during winter. While leaving the Costes Hotel in Paris on February 27, Hailey was seen wearing a monochromatic look that featured hues of cream, taupe, and gray. The color scheme of Hailey’s wardrobe complimented each element of the look effortlessly, and Hailey was a true vision in her nearly all-white ensemble!

Gigi Hadid put a funky spin on her white boots when she was spotted out in New York City. The stunning model and new mom sported a matching set suit look with blue and white high-waisted trousers and a matching blazer. Gigi paired the outfit with white boots with wedge heels.